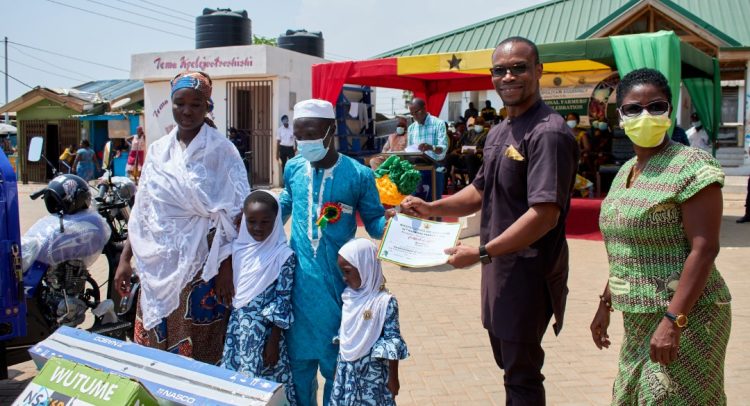 The Kingdom Exim Group, a leading agro-based company, has rewarded a number of farmers within the Tema Metropolis of the Greater Accra Region on the occasion of this year’s Farmers’ Day.

In recognition of farmers’ immense contributions to the growth of the Ghanaian economy, Kingdom Exim Group on Friday, November 6, 2020
presented motor tricycle, Wellington boots, and bicycle to farmers in the metropolis. 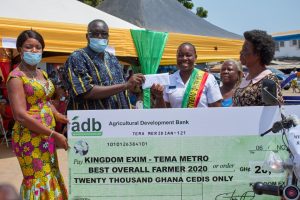 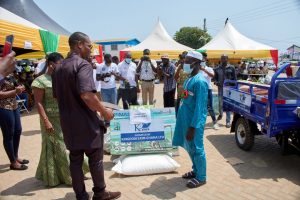 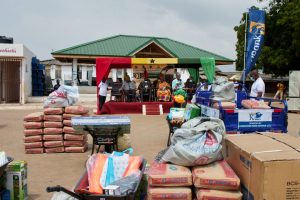 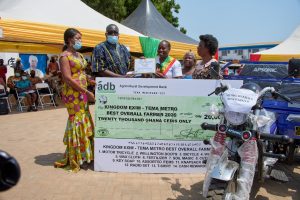 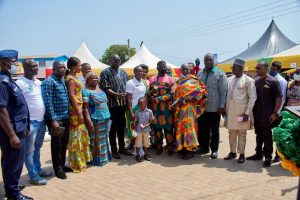 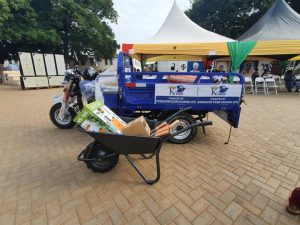 The overall best farmers for the Tema Metropolis received a cash donation of Ghc 20,000 from the Kingdom Exim Group.

The Mayor of the Tema Metropolis, Felix Nii Anang La, his wife, Emilia, and Rev. Edwin Langmer, on behalf of Kingdom Exim Group, presented the items to the farmers at a colorful Farmers’ Day Celebration in Tema on Friday, November 6, 2020.

The Kingdom Exim Group along with its subsidiary company Big Stars Animal Feed also extended its support to Koforidua, during their celebration of the 36th Farmers Day with an amount of Ghc 5,000.

The Kingdom Exim Group has been in existence since 2008, operating mainly in the Bono, Bono East, Ahafo, Greater Accra, Northern, Upper East, and Savannah Region.

As a leading agro-based company, the Group liaise with farmers of tree crops such as cashew, shea-nut, soya bean, maize, among others.

Annually, the Group exports about 50,000 metric tons of cashew alone.

Over the years, the Group has undertaken a number of corporate social responsibility initiatives – drilling bore holes, providing materials for farmers, and providing food during the Covid 19 in the Tema Metropolis, supporting the Tema Regional police with PPE’s, barricades, hand sanitizers, liquid soup etc.

The works of the Kingdom Exim Group have widely gained recognition, helping the group to win several awards – both locally and international.