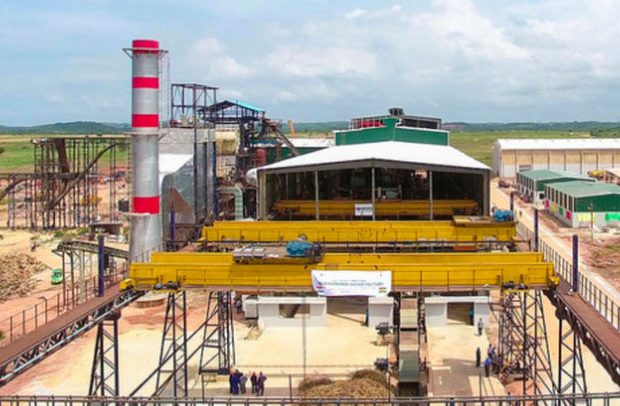 The Komenda Sugar Factory in the Central Region has started the processing of unrefined sugar, DGN Online can report.

Production is said to have commenced with the production of brown sugar (raw sugar) from the factory after two days of operation as it is expected to commence producing fine sugars in couple of weeks.

A video in circulation shows how the machines at the factory have commenced work and production is ongoing.

Another video showed a man reporting on the current state of the factory which is currently producing brown sugar and gave assurance that refined sugar production will commence soon.

Recently, the Municipal Chief Executive (MCE) for Komenda Edina Eguafo Abrem, Solomon Ebo Appiah outlined the measures being put in place to get the factory functioning and producing sugar at a cheaper cost.

According to him, “This is no political talk. I will not play politics with the people I serve,” Mr. Appiah stated.

“There are a lot of works going on at the factory right now. A three million litre reservoir has been constructed. The roof of the factory has been changed, and a raw sugar warehouse has been built to store raw unrefined sugar for the processing.”

The Komenda Sugar Factory was built at a cost of $35 million from an Indian EXIM Bank facility.

It was inaugurated by then-President John Mahama in May 2016, but stopped operations days after.

The factory was expected to employ 7,300 people along the value chain, boosting employment prospects in the Komenda-Edina-Eguafo-Abirem municipality.

President Akufo-Addo had given indications that the Komenda Sugar Factory would be fully operationalised in April 2022.

At the time, he said there were some civil works ongoing at the factory site, and that by the end of March 2022, all those activities would be completed to pave way for production.

A Ghanaian-Indian company, Park Agrotech Ghana Limited, is the new investor who has taken over the operations of the factory.

Out of the amount, $11 million was to go into sugarcane cultivation; $6 million to upgrade plant and machinery, and $11 million as working capital to bring the ailing factory back on its feet.

The Ghana-based company is a subsidiary of the Skylark Group of Companies of India, one of the largest integrated farming businesses in India.