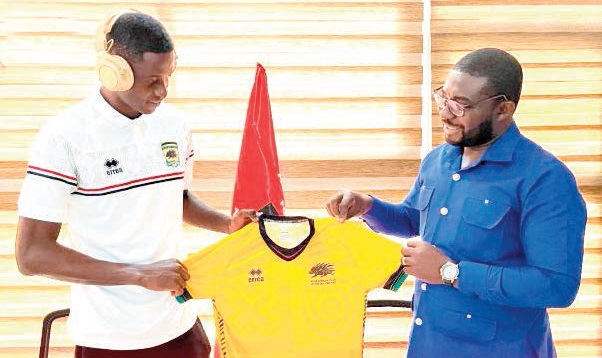 Asante Kotoko has added a new goalkeeper, Pouaty Moise D’assise, to their squad ahead of the new season.

The Cameroonian was announced as a new Kotoko player on Wednesday and is expected to help the club meet their goals for the 2022/23 season.

The 26-year-old signed a two-year contract after passing his medical, and will join his new teammates for pre-season.

Kotoko signed him from Cameroonian top-flight club Colombe Sport FC. After Etouga Mbella and Mfegue Omgba, he is the third Cameroonian in the Porcupine Warriors setup.

He played 45 games for Colorado Springs Switchbacks FC over two seasons, conceding 66 goals and keeping 11 clean sheets. He was released in 2018. Ghanasoccernet