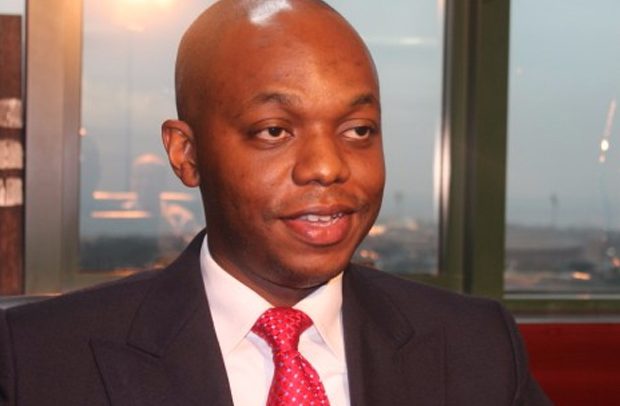 The woes of the owners of the defunct uniBank Ghana Limited, are far from over, as KPMG, the Receiver of the collapsed bank, has sued the founder of the bank, Dr Kwabena Duffuor and 16 others to pay GH¢5,712,623,145 which was allegedly misappropriated.

In a suit filed at an Accra High Court, the Receiver, Nii Amanor Dodoo, who is a senior partner at KPMG, is seeking an order of the court against Dr. Duffuor and 16 others with links to the collapsed bank to repay the huge amount of money.

The plaintiff averred that all the 17 defendants, who are all directors, shareholders and debtors of the once vibrant uniBank, engaged in illegal transactions by giving out unlawful loans and advances, as well as illegal acquisition of assets in the name of related interests or persons related to the shareholders.

Mr Dodoo wants a declaration from the court that the defendants “have breached their duties as directors of uniBank Ghana Limited, and are liable for the loss to uniBank Ltd occasioned by their acts of breach.”

Apart from an order for the defendant to repay the funds, the plaintiff prayed the court for an order to appoint the registrar or any other officer of the court as the receiver and manager of the assets of the defendants pending the final determination of the suit.

It would be recalled that Dr Kwabena Duffuor, former Finance Minister, sued the Bank of Ghana (BoG) for revoking the operating licence of uniBank.

The former governor of the Central Bank, who is a major shareholder in the bank, in a suit filed at an Accra High Court, averred that the decision of BoG to merge the bank with four other troubled local banks was not done appropriately in accordance with Act 930 and therefore it was null and void.

A suit, filed together with Integrated Properties Limited of Top Base in Gbawe, is seeking an injunction to restrain BoG from “expropriating uniBank by its purported vesting of ‘good assets and liabilities in Consolidated Bank Ghana Limited and the revocation of the licence of uniBank.”

Other reliefs sought by Dr Duffuor is a declaration that the “good assets and liabilities of uniBank, including deposits of depositors, cannot be lawfully vested in Consolidated Bank Ghana Limited.

The case is still pending.

The BoG, on August 1, 2018, revoked the licences of five banks and merged them into an entity known as Consolidated Bank Limited.

BoG claimed some of affected banks procured their operational licences through dubious means.

It emerged that uniBank’s shareholders and related parties allegedly acquired several real estate properties in their own names using the funds they took from the bank under questionable circumstances, according to BoG.

An amount of GH¢5.3 billion, of total assets of the bank; out of total customer deposits of GH¢4.3 billion, GH¢2.3 billion was not disclosed to the BoG.

Prior to merging of the five banks, BoG placed Unibank under a temporary management of KPMG.

KPMG later issued a statement to indicate that depositors’ money had been used by the shareholders of the bank to open several other allied businesses in their names or that of their associates.

In what could be described as counter suit, the Receiver of the bank, KPMG, in a statement of claim, is seeking a declaration that the various transactions which resulted in the “unlawful loans, unlawful advances and the acquisitions of assets in the names of shareholders, their related interests and or persons related to the shareholders are unlawful.”

Mr. Dodoo also wants an order directing the defendants to account to the plaintiff for all advantages, benefits, gains and profits derived from or obtained by virtue of assets.

“An order compelling the respondents, their servants, agents, privies, assigns and any other persons, representing them or acting on their behalf or at their behest, or anyone in possession, custody or control of the assets to allow access to the assets to facilitate the inspection of same,” the plaintiff averred.

Auditing The Auditor-General: Matter Of Integrity