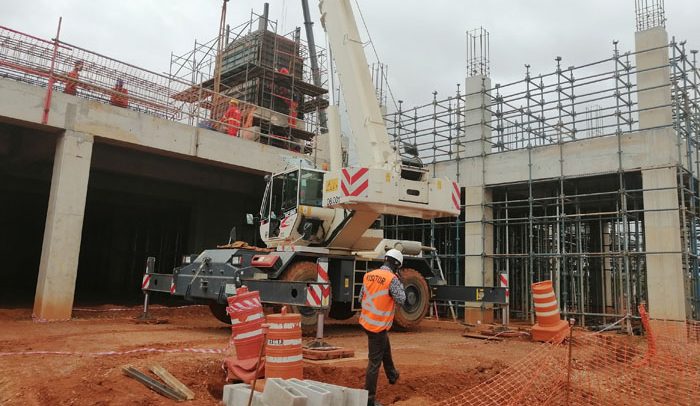 Progress has been made in the reconstruction of the Kumasi Airport to international standard, with progress of work on the phase two at 36 per cent.

The project, which involves the extension of the runway from 1,981 metres to 2,300 metres, construction of a new terminal building, construction of additional aprons and other ancillary works, is expected to accommodate Boeing 737-800 series aircrafts.

On completion, the new terminal will have the capacity to handle one million passengers per annum who could travel directly from Kumasi to Turkey, Egypt, England or Italy, Jorge Tavarez, Project Manager of Contracta Construction UK working on the project, said.

Speaking at a presentation during a visit to the project site by the Ashanti Regional Minister – Simon Osei-Mensah, Mr Tavarez said for those who would like to travel to US, Canada or the Asian countries would have to make transit in Accra.

According to him, the construction of additional aprons would provide more parking spaces for about 25 aircraft, indicating that the entire project is scheduled to complete within a period of 38 months.

He stated that Contracta Construction UK looked forward to seeing the signing of the phase three contract since the phase two project would be completed by November 2020.

Mr Osei-Mensah, who toured the project site in the company of the Kumasi Mayor – Osei Assibey Antwi, lauded the contractors for the progress and quality of work done.

“I’m very impressed with the quality of work done so far,” the minister stressed and added that even though he is a layman, the kind of construction seen at the site points to good work.

He was convinced the contractors would be able to finish in record time and prayed for the phase three contract to be signed on time.

The minister said the Kumasi Airport project, upon completion, would ease the burden of the travelling public of having to go to the capital city and rent accommodation.