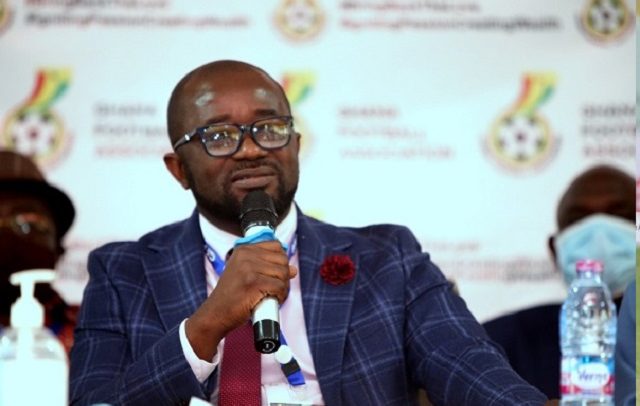 Ghana Football Association (GFA) President, Kurt Okraku, is brimming with optimism that the Black Stars will surely qualify to the next stage of the competition.

Ghana stumbled in their opening Group C fixture against Morocco, casting doubt over the team’s chances of progressing from the group stage.

But the country’s football chief was confident the team has recovered well to pick up the pieces when they face Gabon tomorrow and Comoros later.

He told the media after training yesterday that, “The team has recovered ever since, training sessions have been good. You saw today’s which sends clear signal that the boys are back to winning ways, and l am extremely positive about our game against Gabon on Friday.”

He added, “I respectfully ask Ghanaians to throw their support behind the squad. We came here to be competitive, we came here to truely represent our country and to make ourselves proud. We played competitively against Morocco, l thought we were structured only to find that ball in the net. I am extremely sure we will come out from the group.”

The football chief confirmed that star midfielder Mohammed Kudus is on the verge of joining the squad for either Friday’s game or the last game against the Islanders – Comoros, saying, “…We are in constant touch with Ajax medical team, he will be available.”

Ghana will embark on a must win campaign against Gabon tomorrow.