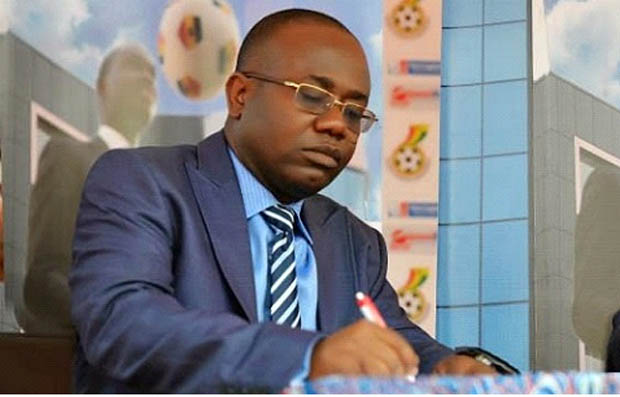 FORMER PRESIDENT of the Ghana Football Association (GFA), Kwesi Nyantakyi, will soon be sent to court for prosecution after an official complaint made by President Akufo-Addo over the Tiger Eye P.I Number 12 undercover investigations.

The Attorney-General & Minister of Justice, Gloria Akufo-Addo, who made this known in Parliament yesterday, noted that the untimely death of investigative journalist Ahmed Hussein-Suale seriously affected the completion of investigation into the case since he (Suale) was a principal witness in the case.

The Attorney-General said Ahmed Suale’s death in May this year unavoidably stalled the preparation of Nyantakyi’s case.

The minister was answering a question from the National Democratic Congress (NDC) Member of Parliament (MP) for Mion, Mohammed Abdul-Aziz, who wanted to know the status of investigation of the complaint made by President Nana Akufo-Addo against Mr.  Nyantakyi.

According to the Attorney-General, the prosecutors were directly dealing with the late Ahmed Suale in the preparation of the case until his untimely death in May, which seriously affected the work of the prosecutors.

She, however, said despite the hindrance, a review of the docket has been completed and would soon be presented to court for prosecution to take place.

Giving a background to the case, the Attorney-General explained that on November 2, 2018, the Office of the Attorney-General received a duplicate docket numbered RO 93/2018 from the headquarters of the Criminal Investigative Department (CID) of the Ghana Police Service on a case entitled ‘The Republic Versus Kwesi Nyantakyi’ under cover of a letter dated November 1, 2018.

According to her, the letter indicated that suspect Nyantakyi, who had been secretly recorded by undercover private investigator, Tiger Eye P.I. (Tiger Eye), had engaged in alleged corrupt conduct.

She said after an initial review of the docket by a team of investigators, the police were requested on January 10, 2019 to furnish the Office of the Attorney-General with some further documents to facilitate the completion of the review, stressing that in March 2019, Tiger Eye was also requested to furnish the team with an updated report covering all videos submitted to the Office of the Attorney-General.

She added that the documents requested from the police and the updated report from Tiger Eye were submitted by the police in May 2019, but the death of Suale in the same month affected the investigations.