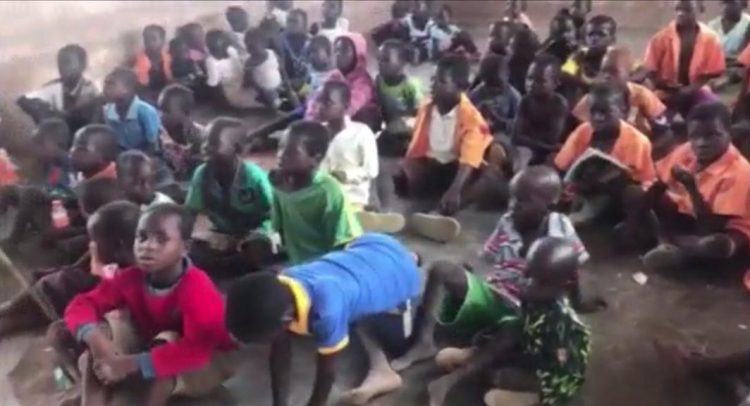 Pupils combined in a single classroom

Pupils of Tamaligu M/A primary school in the Savelugu Municipality of the Northern region have been compelled to use the bare floor to learn due to the lack of furniture. 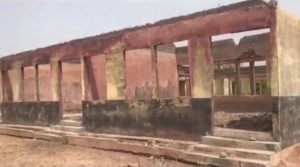 The school runs a multi-graded system where two classes are combined into one class due to the burning of a 7 unit classroom block in 2017 which has since not been reconstructed.

The Tamaligu M/A primary school in the Savelugu municipality was established in 1998 as a community school.

Currently, the population of the school stands at 200.

A visit to the school by DGN Online shows primary 1 to 6 pupils lying on their bellies whilst those at the nursery sit on the bare floor to learn.

The entire school from nursery to primary 6 has no single furniture.

Teachers of the school have been compelled to convert a toilet building into an office space where they keep the school’s teaching and learning materials.

Some teachers at the school who spoke to DGN Online on condition of anonymity revealed that enrollment in the school has reduced drastically due to the lack of furniture and classrooms for smooth teaching and learning.

The pupils appealed to the government and organizations to provide them with furniture, learning materials, classrooms among others to enhance teaching and learning in the school.

The Parent-Teacher Association Chairman, Umar Shaibu, told DGN Online that the situation at the school is a worry to parents and called on the government the Savelugu municipal assembly, and the Member of Parliament to do something about it.

He indicated that the situation has forced parents to rather send their children to the farm to assist them instead of allowing them to go to school.

Municipal Chief Executive of Savelugu, Hajia Ayishetu Seidu in an interview with DGN Online said the assembly has included Tamaligu M/A Primary School in their budget and assured that the situation will be fixed.

She, however, indicated that the furniture deficit is about 30-40% in the municipality which was described as a worry, and called on organizations to come to their aid.

*SDG 4 *
Ghana is signed onto the SDG 4 which calls for ensuring inclusive and equitable quality education and promotion of lifelong learning opportunities for all but the lack of access to furniture and classrooms at Tamaligu M/A primary could deny the pupils the opportunity to good quality education.