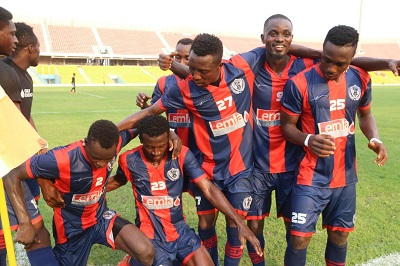 The Porcupine Warriors after losing 2-1 to Real Tamale United (RTU) last weekend away from home returned to Kumasi this weekend hoping to return to winning ways.

Unfortunately, it was not meant to be as the game played at the Baba Yara Sports Stadium ended in a defeat as well.

On the matchday, Legon Cities FC took the lead in the 18th minute courtesy of a strike from Michael Otuo from the spot.

In the last few minutes before the break, Mudasiru Salifu found the back of the Legon Cities FC net to reduce the deficit for Asante Kotoko.

However, just two minutes after the break, Legon Cities FC equalised again through Hans Kwofie to regain the two-goal lead.

Despite the efforts of the hosts, the team could not get back into the game and had to succumb to a 3-1 win at the end of the 90 minutes.