Let’s Address All Tensions Ahead Of Elections – GBA President 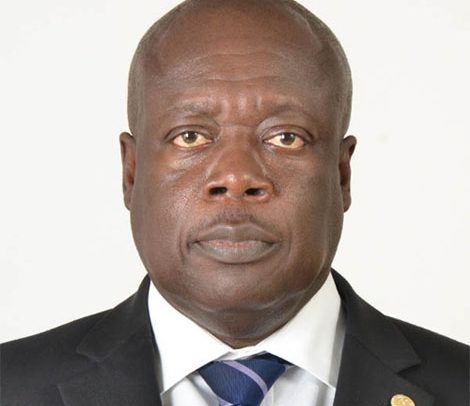 President of the Ghana Bar Association (GBA) Anthony Forson, Tuesday said it is imperative for all national stakeholders to work in concert towards addressing every source of tension as the country approaches the 2020 General Election.

“We call upon all the actors, especially those in the political space, to conduct their activities with the view of ensuring smooth and peaceful elections,” he said.

“All actors must constantly remind themselves of their duty to be responsible citizens and be each other’s keeper and ensure that the vulnerable in society are helped and covered”.

Mr. Forson made the call when he read the: “Lest We Forget” piece at the 38th Anniversary Remembrance Service, held at the Ridge Church in Accra in honour of the three murdered High Court Justices in 1982.

The service was jointly held by the Ghana Bar Association (GBA) and the Judiciary.

The three: Justices Fred Poku Sarkodee, Cecilia Korantang-Addow and Kwadwo Agyei Agyapong as well as Major Sam Acquah, a Retired Army officer, were abducted and murdered during the curfew hours of June 30, 1982 at the Bundase Military Range in the Accra Plains.

The GBA President said public servants also ought to remember that they were supposed to serve the public whose taxes were used to remunerate them.

“Their actions must engender utmost confidence in the citizenry who reciprocally must act with responsibility and respect,” he said.

Mr. Forson said as their departed colleagues were being celebrated, it was imperative that lawyers devoted themselves to the promotion and sustenance of peace and tolerance in the country.

“Let us perform our duties without fear or favour, affection or ill-will, and pledge to uphold the tenets of the 1992 Constitution, especially tolerance towards divergent views and a rededication towards making out nation great and strong in oneness,” he added.

The GBA President said judges, magistrates, and lawyers would continue to draw inspiration from the bold and courageous manner, in which the murdered judges administered justice.