Let’s Tone Down On Partisanship – Nana 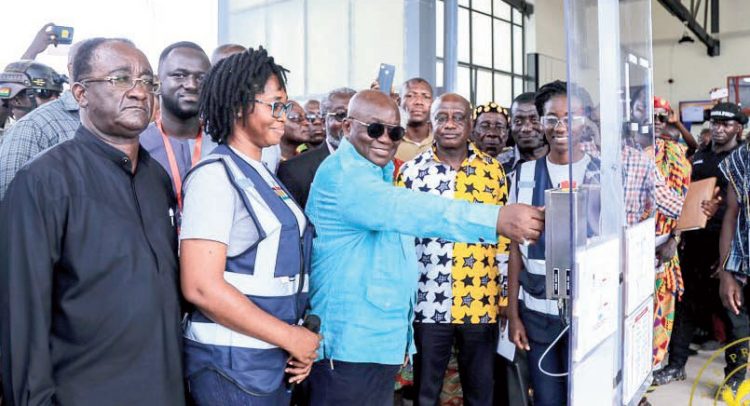 PRESIDENT NANA Addo Dankwa Akufo-Addo has expressed concerns about the politicisation of every national issue in recent times.

He said vital national policies that have the potential to accelerate national development must be supported by all and sundry, without partisanship in the interest of the country.

Speaking during the grand opening of the second Drone Centre at Mpanya in the Asante Mampong Municipality in the Ashanti Region last Thursday, the President said the drone system was making huge impact and did not understand why such a laudable initiative which is currently saving so many lives should be politicised.

“When we said we were going to use drones to deliver essential medical health products, they said it was not possible,” the President complained, adding “our political opponents went as far as making unfortunate statements such as ‘the drones will be used to take pictures of women bathing in the villages’.”

“Today, we can all see how impactful this service has been just within the past five months of its operations. The drone system has achieved its purpose so far,” he indicated.

He said the first medical drone centre which was launched at Omenako, near Suhum in the Eastern Region in April, had become the biggest medical drone delivery service in the world.

“I am told over 1,000 flights have been made from the first site at Omenako, with over 5,000 products delivered,” the President disclosed with a smile.

“This is an impressive start. We hope that when all the 500 facilities in the country are brought on board, we will have many more deliveries per day serving the entire population,” he added.

Still expressing concerns about the politicisation of national issues, he said the decision of his administration to produce more ambulances to support healthcare delivery was also met with doubts by some politicians.

“We promised that we were going to procure one ambulance each for the 275 constituencies in Ghana and the naysayers said it was not possible. We have taken stock of the first batch of 96 ambulances and, by the end of December, the rest will be in. Drivers for the ambulances have already been trained to respond to the health needs of the masses,” he added.

¢1.6bn Arrives At Ministry of Roads; ‘Go For Your Money Now’ – Gabby Otchere-Darko To Contractors

Evangelist, Others Nabbed For Robbery