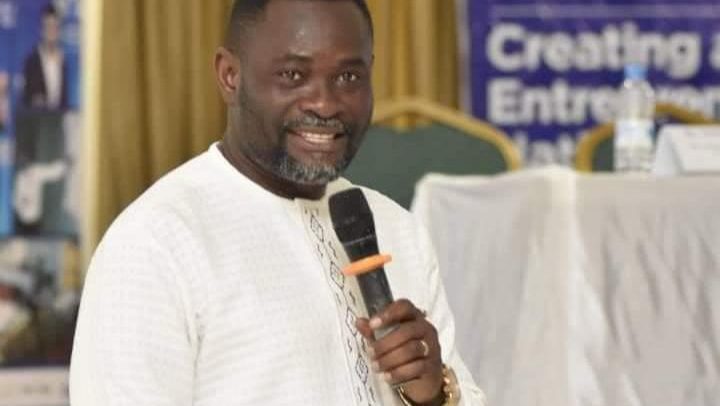 A Deputy Minister of Finance and Member of Parliament for Ejisu, John A. Kumah is urging Ghanaians to unite to develop the country in this era of hardship.

According to him, the decision taken by the NPP government to seek economic relief from the International Monetary Fund is due to the global pandemic and not the mismanagement of the economy.

The Deputy Minister who urged Ghanaians to rally behind the government to succeed in this era said this in a post on his Facebook page dubbed ” Collective Efforts Must Ensure Ghana Wins”.

Ghana has, since the onset of the novel Coronavirus in March 2020 been confronted with significant fiscal and debt sustainability challenges.

Undeniably, before the COVID-19 onslaught, Ghana had come out of an International Monetary Fund (IMF) program entered into in April 2015 and completed in 2019 with incredible results.

Before 2015, Ghana was confronted with a myriad of challenges, including a twin deficit- current account and budget deficits, surging inflation, and a depreciating cedi. Interest rates rose too high levels as credit became hard to get and non-performing loans were on an upward trajectory.

But the elephant in the room was the out-of-control government spending which was on an unsustainable path at the time.

Under the 2015 program, the IMF extended to Ghana a concessional loan of US$918.0 million under the Extended Credit Facility to address three main concerns: restore debt sustainability and macroeconomic stability; strengthen monetary policy; and clean up the banking system of Ghana.

When the NPP assumed office in 2017, the government studiously pursued policies and programs that helped to address these challenges and reached prthe ogram completion point.

Indeed, when Ghana completed the program in April 2019, Ghana was hailed by the IMF as one of the success stories in Sub-Sahara Africa

The Government made significant gains by restoring debt sustainability with a robust debt management framework, enacted and achieved a fiscal deficit rule of 5 percent or below, posted a yearly positive primary balance, and maintained zero central bank financing. Within the context of these massive gains, the Government has always been certain about its capabilities to wither the current economic challenges primarily caused by external headwinds- COVID-19 and recently the invasion of Ukraine by Russia. As a government, we have always taken decisions that protect the Ghanaians, and we will continue to do so even if it conflicts with our ideological position. However, it is important to reiterate that the cause of the current economic misfortunes- external headwinds- differs from 2015 when the NDC was in office.

Of course, one cannot underplay the impact that the legacy issues, including the energy sector IPPs debt and the financial sector bailout, have had on the current situation. These challenges were inherited from the NDC, but since the assumption of office, the government has committed significant resources to address them permanently. As a result of the government’s commitment over the past years, we now have a much more robust financial sector despite recent macroeconomic concerns. In addition, the contingent liability from the energy sector IPPs has also plummeted significantly on a year-on-year basis.

Beyond the legacy issues, COVID-19 and its attendant healthcare security concerns saw many countries embark on expansionary fiscal policy as human lives and livelihood got prioritized.

In Ghana, public spending on healthcare infrastructure and related services increased, and citizens were supported with free water and subsided electricity for several months as lockdown measures affected people’s income. In addition, dry meals were provided to students, as well as tuition and examination fees.

On the other hand, domestic revenue slumped as the supply of essential services and inputs were constrained, tourism and hotelier service shut down, businesses closed, and remittances dried up. As a result, the fiscal deficit widened, and debt sustainability became a concern as the primary balance went negative.

The government did acknowledge the support and assistance from the Bank of Ghana and the international community like the World Bank, IMF, AfDB, and bilateral partners and the impact their support had on the economy in 2020-2021. By the end of 2021, GDP grew by 5.4 percent, debt GDP was 76.6 percent, cedi depreciation at 4.1 percent, and gross reserves at 4.1 months of import cover. The government achieved this at the time many peer countries were reeling in macroeconomic instability. Over 100 countries at that time had asked the IMF for financial support, joined the DSSI, or defaulted on its debt service.

The government knows all the pressure points and, as a result, tailored the 2022 budget to address the systemic revenue underperformance (currently, revenue to GDP is at 13 percent) by introducing several tax measures.

The measures included the e-levy, restoration of the benchmark value, tax exemption, and property tax, among others. Unfortunately, the delay in passing these tax measures by Parliament caused tension among the investor community, resulting in many investors dumping Ghana bonds.

This cascaded credit downgrades by rating agencies which further caused panic and Ghana notes moved to distressed levels. As a result, inflation started soaring, and the cedi also saw high depreciation. The Central Bank responded with a raft of monetary measures, including increasing the Monetary Policy Rate (MPR) by about 450bps to 19.0 percent. In addition to the bi-weekly FX forward auction, the BDC forex auction helped subdued the pressure on the spot FX market.

The Government subsequently announced additional measures- Expenditure led- to complement the revenue and monetary policies which had been activated. The expenditure measures include a 30 percent cut in discretionary expenditures, a freeze on new hirings, a moratorium on new the creation of government units, a freeze on government travels, 30 percent cut on salaries of the executive, among others, was to support the fiscal consolidation and debt sustainability concerns. Importantly, the measures were to quickly radiate and extinguish the impact of the external headwinds (commodity price shocks and supply chain disruptions) on the general economy.

Through these rafts of measures, the government demonstrated its resolve to build back the economy quickly and restore fiscal rectitude. Our commitment to these measures assured us that we were on the right track and capable of causing a turnaround in the economy despite investor “credibility” concerns.

We expect an IMF program to complement the fiscal and monetary measures the government initiated through the 2022 budget and beyond. We expect the program to assist in restoring confidence in the economy, narrowing the twin deficit, halting portfolio outflows, rallying Ghana’s bonds, and restoring debt sustainability.

Though IMF support is often short-term in nature, Government is highly confident that the support will be able to support government efforts at turning around the economy, restore macroeconomic stability, sustain high growth, create jobs, and protect social spending in sectors including transformative initiatives in education and health.

Ultimately, the structural economic reforms that must be carried out to deal with Ghana’s challenges permanently can only be the task of Ghanaians. Therefore, we must rally behind the government and support its efforts to improve the economy.