Limumba Karim Who Died With Ginimbi Was A Fugitive From Malawi 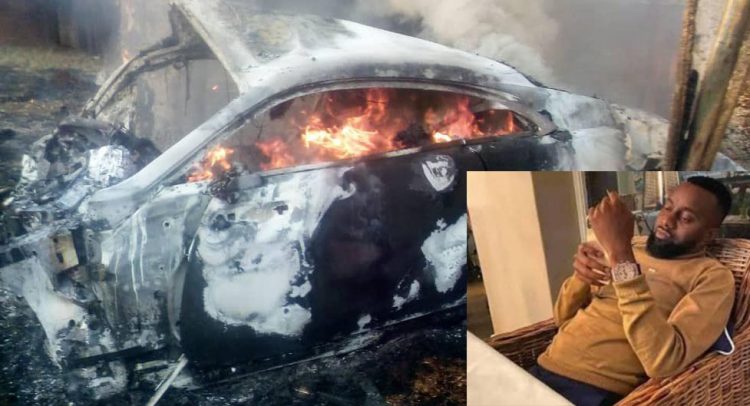 One of the three persons who died with Zimbabwean socialite and businessman Genius “Ginimbi” Kadungure early Sunday in a gory Rolls Royce accident has been identified as Limumba Karim.

He is an alleged Malawian fugitive who was running from the law in his country since 2015.

The man tagged as a businessman was on the run in the K2.4 billion money laundering case, according to Malawi’s Nyasatimes.

He  escaped the country when he was expected to  plead to  counts of money laundering in which the country’s former Ministry of Finance budget director Paul Mphwiyo, 18 civil servants and contractors were accused of defrauding government of Malawi to a sum of K2.4 billion through theft and money laundering.

He was earlier suspected to be hiding in South Africa before moving to Zimbabwe.

He died in Harare together with socialite Ginimbi and two others including a fitness model; Michelle Moana Amuli and Alichia Adams who was also a popular Mozambican model and brand strategist.

They were returning from a birthday party of Moana who just turned 26 when they met their unfortunate death.

The purple Rolls Royce Ginimbi was driving reportedly collided with a Honda Fit before veering off the road into a nearby tree. Ginimbi was pulled out of the car by eye witnesses but they couldn’t do same for the rest as the car burst into flames.

Limumba is reportedly survived by three children; one in Malawi, one in South Africa and the other in Mozambique.

On Our Marks, Getting Set…..