Longing For Guinea, Mali In Ghana? 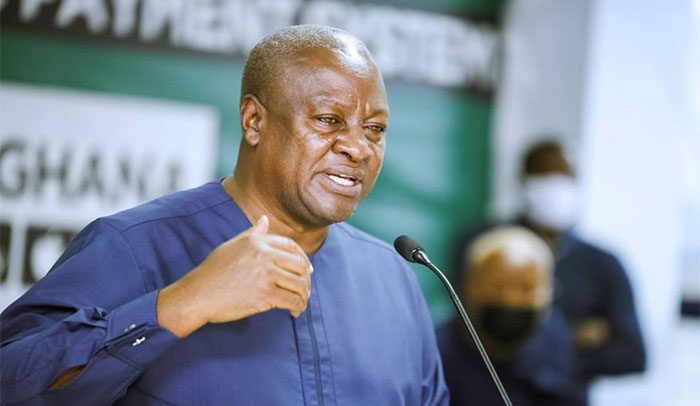 A synchronized longing for the replication of the recent political developments in Guinea and Mali following the putsch in the former has been parroted by various opposition NDC personalities in the past few days.

The former President has not been left out of the fray as he too relishes an imaginary ‘ticking of the clock’ in a on Monday.

Condemning democracy in a frontal attack the former President would have rather this system of governance is replaced with the contrary.

By the ‘ticking of the clock’ the former President still smarting from his electoral loss, was singing from the same hymn book as his NDC buddies.

One of such buddies has sarcastically referred to Kwame Nkrumah’s ‘Ghana, Guinea, Mali’ mantra which later became lyrics for a song in the early 60s. Those old enough to remember the early post-independence Ghana can easily recall Kwame Nkrumah’s efforts at establishing the ambitious nucleus of a sub-regional bloc towards the bigger picture of a Pan-African government.

This was not the intention of the social media post which reads #Mali, #Guinea!#Ghana? Militarisation Of The Union?’

If the foregone is not fraught with evil-thoughts and tendentious for that matter, we do not know what else is.

In yet another display of evil-mindedness the leader of the NDC project, the so-called #fixthecountry is reported to have made remarks suggesting his passion for a regime change outside the ballot box.

Our conclusion will definitely be hinged upon the fact that the NDC would have rather the country went the way of the Francophone countries.

No leader in Ghana has in the current republic attempted a breach of the constitution to the extent of altering the governance document to allow for their third term in office.

The closest we came to that was when the NDC John Mahama exhibited hesitance in handing over power when he was clearly beaten in an election.

Oliver Mawuse Barker-Vormawor the so-called #fixthe country convener has hailed the Guinean coup and as he did reminded us about when he said the constitutionally elected government will unlike the previous ones be overthrown by the youth of this country.

When the freedom of expression is stretched beyond its seams this is the outcome we experience.

Over here such remarks are becoming normal and regardless of the irresponsibility exhibited by some politicians and their assigns nothing happens.

If the others longing for a putsch in the country can be brushed aside because of their non-relevance, not so a former President, who should know better not to spew reprehensible remarks in the name of seeking votes ahead of 2024.

Headmaster Beats "Hell Out" Of Student