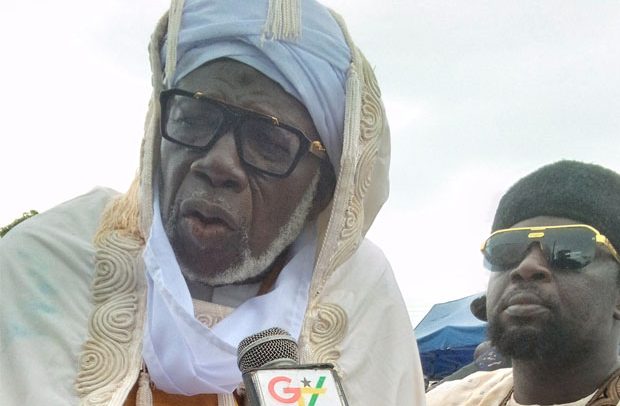 Sheikh Alhaji Mohammad Abdullahi, aka Saani Abdulai, has been installed the new Western Regional Chief Imam in a colourful ceremony which took place at the forecourt of the Sekondi Zongo palace last Saturday.

The new Regional Chief Imam was a former goalkeeper of the country’s national football team, the Black Stars.

The investiture of new Regional Chief Imam drew a large cheerful crowd of people who defied a heavy downpour to be present, majority of them in white apparels.

Among the dignitaries present at the installation of the new Chief Imam was Abdul-Rashid Hassan Pelpuo, Member of Parliament for Wa Central in the Upper West Region.

He commended the Zongo communities in the region for the peaceful installation of their leader.

He called for support for the new chief and urged the people to be obedient, law abiding and ensure peaceful co-existence at all times.

He called on the new leader to put in place measures that will promote peace, growth and development in the Zongo communities.

In a brief interview, Sheikh Alhaji Mahammad Abdullahi said he will use his new position to unite the Muslim Ummah (population) and Ghanaians in general.

Also present at the ceremony was the Western Regional Minister, Kwabena Okyere Darko-Mensah.