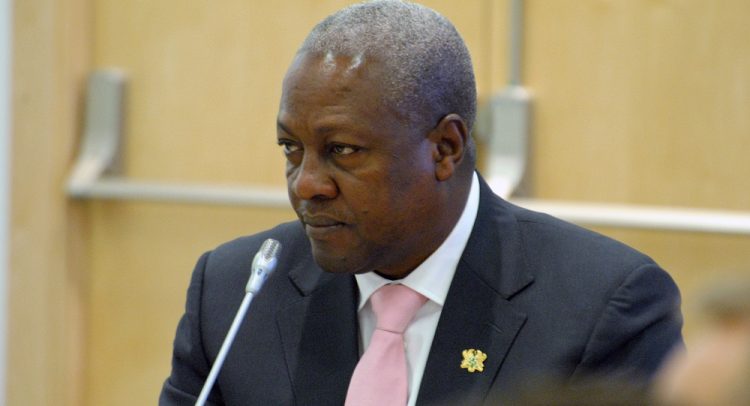 The Director-General of the Ghana Health Service, Dr. Anthony Nsiah-Asare, has exposed former President John Mahama for allegedly misinforming the public on the recently trained Ghanaian medical doctors in Cuba.

In his address at the Eid-ul-Adha prayers at the Effua Sutherland Children’s park in Accra, Mr. Mahama, who was celebrating with the Al Sunna sect, said he was happy the girls who were trained as doctors and other health professions are back in the country.

“About six years ago, we got scholarships to send some children to Cuba to go and train as doctors in the medical professions. There was something significant that we did. When we got the scholarships, we deliberately decided to source girls from the Muslim communities in order that we can go train them as doctors especially in the area of Gynaecology so that when they come back our Muslim mothers and our Muslim women who have difficulty when they have to go and consult medically for their reproductive health, they prefer that a female doctor looks after them,” he said.

He said that once the doctors are settled, there was the urgent need to strategically place them at health centres in order to efficiently give back to their society.

The NDC flag bearer, addressing the crowd, assured the Muslim fraternity, especially the females that their woes are over when it comes to their reproductive health.

But in a sharp response, GHS Director General revealed that the records available do not buttress the claims made by Mr. Mahama.

According to Dr. Nsiah-Asare, there was no student from that batch who was trained in Gynaecology.

He stated emphatically that “no student was trained in Gynaecology from the batch sent to Cuba then as claimed by former President John Mahama. In all, there were 217 general practitioners and two physiotherapists in that batch.”

Dr Nsiah-Asare added: “One needs to graduate as a general practitioner before he or she can even specialise. So, it is wrong for the former President to allude that they deliberately sent female students to Cuba to be trained in Gynaecology when they had not even been trained as general practitioners.”

“It is the current government which has sent 30 graduates to specialise in Cuba, which is a novelty,” the GHS boss noted.