Mahama Lying To Ghanaians To Get Power-NPP 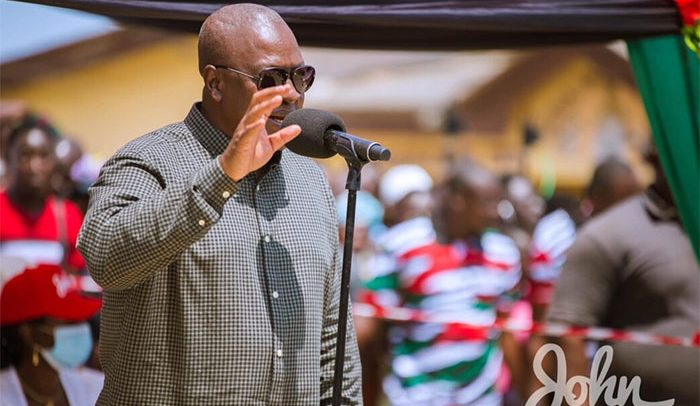 The governing New Patriotic Party (NPP) says former President John Dramani Mahama is on a lying spree to deceive Ghanaians in order to win power in the 2024 general elections.

According to NPP, the former president has nothing new to offer Ghanaians and bereft of ideas to answer Ghana’s problems.

The NPP further explained that Mahama has been touring the country under the guise of thanking Ghanaians for his defeat in the 2020 election, and trying to create the impression that he has solutions to challenges facing the country so he could be given another chance.

Speaking at a press conference in Accra on Thursday November 11, 2021, the NPP’s Communications Director, Yaw Buaben Asamoa, said Mahama is just desperate to rule the country again, and so falsely claims to have all the answers to the dilemma Ghana faces.

Asamoa argues that when Mahama had the chance to rule the country, he ruined the economy. As such, he has no moral right to claim that he can offer Ghanaians any hope, he said.

The former president’s speeches are mere displays of pique, the NPP communications director told members of the press. He will be entirely unable to improve Ghana’s fortunes if given the mandate again in the 2024 elections, Asamoa said, accusing the former president of wanting only to satisfy personal ambition.

Asamoa said Mahama lost the 2016 election because he and his government had mismanaged the economy, resulting in a great worsening of the plight of ordinary Ghanaians.

The former president has nothing to offer except to retard national progress if Ghanaians mistakenly re-elect him.

The NPP communications director said it was shocking to think that whereas the NDC flagbearer has been claiming during his “thank you” tour lectures to have ways of fixing unemployment, it was during Mahama’s tenure that Ghana witnessed the formation of the Unemployed Graduates’ Association.

Although Mahama claims to have the interests of the poor at heart, he never introduced a pro-poor policy or made an anti-poverty intervention during his time in power, Asamoa said.

He urged Ghanaians to realise that Mahama and his team are only scheming to regain power in order to resume mismanaging the country.

The NPP communications director said it was laughable that the former president should talk about remedies for corruption in Ghana.

The words stand in stark contrast to his actions, he said, arguing further that the former president “was a walking embodiment of corruption”.

Asamoa chastised Mahama for alleging that projects launched during his time in office have been abandoned by the NPP government.

He said that is untrue, arguing that even in opposition Mahama’s incompetence remains self-evident.