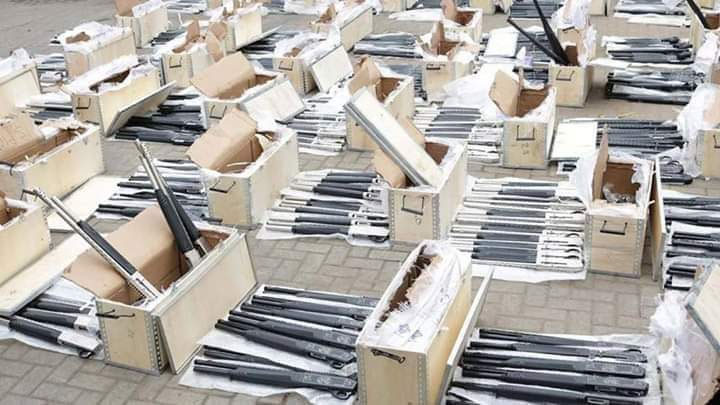 The Akufo-Addo administration has denied claims by the NDC that it approved the recent importation of a large cache of arms into the country.

The Opposition Party in a recent statement raised an alarm that the Akufo-Addo administration had authorised the importation of the weapons at a time the country was grappling with the threat of terrorism.

But in a shocking revelation, government says it can confirm that the Mahama Administration under the NDC rather issued permit for the importation of the arms before leaving office in January 2017.

Information Minister Kojo Oppong Nkrumah told Journalists in Accra that the permit was signed by the then deputy minister for Interior under the Mahama Administration, James Agalga on 5th January 2017.

“It is curious that after the election of 2016, two days to the handing over on the 5th of January at a time of the transition, this permit was issued on the blind side of everyone.

The minister however said as the consignment arrived, it was duly inspected in accordance with standard practise and has been delivered at a designated storage area.

“The state security agencies are ensuring that the consignment does not get into the hands of unauthorised persons,” he added.

You Have No Equal In Development - Nayiri