You Have No Equal In Development – Nayiri 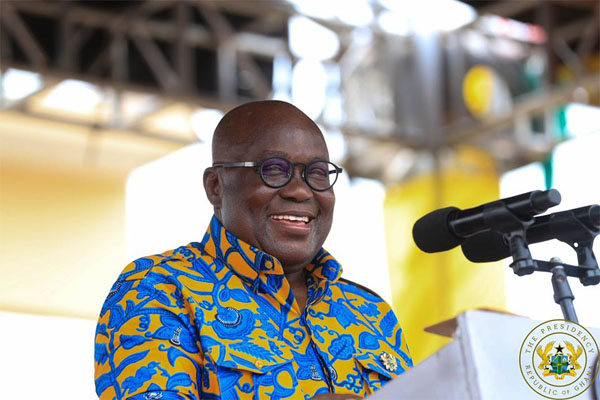 The overlord of the Mamprugu Traditional Area , Nayiri Naa Bohugu Abdulai Mahamid Sheriga has described president Nana Addo as a man who has no equal when it comes to development in the country’s history.

According to him, the president has proven to be selfless in dealing with all manner of people in the country.

He said the President’s ability to make himself accessible to electorates and addressing major developmental concerns was commendable.

The Nayiri lauded the president for governments flagship program of planting for food and jobs adding that it is one of the significant social interventions in recent times.

‘Food production has increased over the last two years. I join other well-meaning citizens to commend you for the laudable pro-poor initiative’.

He however appealed with government to release fertilizers and other inputs early for the 2019 farming season.

The overlord of the Mamprugu Traditional Area urged government to split the East Mamprusi Municipality into two administrative districts with Nalerigu as the district capital to be known as Mamprugu Central District to help accelerate the pace of development.

Nayiri Naa Bohugu Abdulai Mahamid Sheriga also appealed to government for the tarring of Nalerigu-Bunkpurugu-Chereponi roads to facilitate the movement of people and goods.