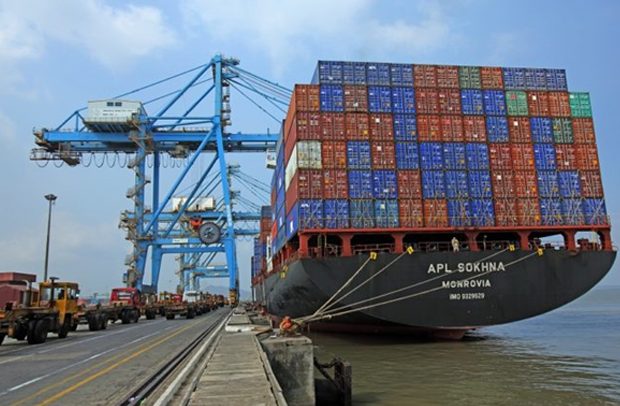 A vessel ready to offload its cargoes

Data from the Central Bank, which disclosed this, named the key items imported as vehicles for both private and commercial use, self-propelled bulldozers, rice, sugar and polyethylene, among others.

Also, the total non-oil merchandised imports (including electricity imports) for quarter two 2021 was provisionally estimated at $2.751 billion, down by 7.8% from the value of $2.981 billion recorded in the second quarter of 2020.

The drop in non-oil imports was due to decreases in the imports of consumption and intermediate goods. The value of capital goods imported during the period was $633.82 million, up by 2.5% from $618.57 million recorded for the same period in 2020. This was as a result of an 11.1% increase in industrial transport goods.

This was caused by decreases in all sub-categories except non-industrial transport and semi-durable consumer goods.

Again, the value of intermediate goods imported also decreased by 12.5% to $1.253 billion, largely on account of a fall in the demand for goods in all sub-categories, except primary industrial supplies, which recorded an increase of 36.9 percent.

On the other hand, the bank reported that the total value of some top ten non-traditional commodities exported during the second quarter rose to $316.53 million, compared to $273.44 million recorded for the same period last year.

The top ten non-traditional items exported in the review period were cashew nuts, preserved tuna, palm oil and bye products and aluminium, among others.

Palm oil and its fractions as well as prepared or preserved tuna recorded $46.18 million and $25.65 million respectively.

This represented 14.59% and 8.10% respectively of the non-traditional exports market.