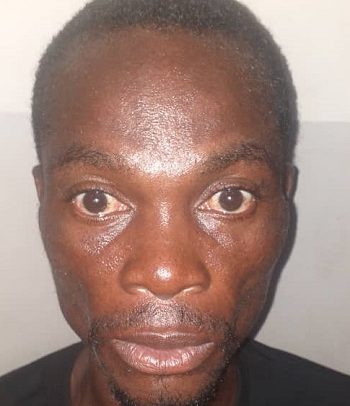 THE AIRPORT Police have apprehended a 46-year-old trader for allegedly claiming he has been kidnapped and robbed.

Suspect Emmanuel Kojo Dogbe, according to police, fabricated the stories to cover up a GH¢1,000 ‘susu’ that was given to him by his friends for safekeeping which he spent.

He was later arrested selling bitter kola around Tema Roundabout after deceiving his friends that he was in the custody of his kidnappers.

Narrating the story to DAILY GUIDE, the Accra Regional Police Public Relations Officer, Deputy Superintendent of Police (DSP) Effia Tenge said on December 21, 2019 around 2:00 pm, the Airport Police received a complaint from a man by name Promise Amedzi that around 1:30 pm, his co-tenant, Emmanuel Kojo Dogbe, a native of Togo, called and informed him on phone that he had been kidnapped while selling bitter kola (known in local parlance as michingoro) at the Dworwulu traffic light.

She said the complainant told the police in a report that the victim said he had been taken to a house at Kawukudi.

She said the police, after receiving the complaint, dialed the alleged kidnapped victim’s phone number but it was switched off.

“The Cyber Crime Unit of the Criminal Investigation Department (CID) headquarters was contacted for assistance but there were some discrepancies in the preliminary information gathered by the police and could not locate the area,” she revealed.

DSP Tenge continued that on December 24, 2019 around 5 pm, the victim called the phone number of Promise Amedzi, who was then with the police assisting to locate his friend and told him that his kidnappers had brought him to a building at Alliance Francaise area.

On January 8, 2020, a neighbour spotted Emmanuel Kojo Dogbe selling bitter kola at a traffic light around Tema Motorway Roundabout and reported the matter to the police.

He was later arrested by the police at the same area trading and brought to the police station for questioning.

The Accra Regional Police Public Relations Officer revealed that preliminary investigations gathered by the police revealed that suspect Dogbe, before his fake kidnap, had collected an amount of GH¢1,000 from his friends for safekeeping but spent it.

“He then fabricated the kidnap and robbery story to cover up the money he had spent,” she stated.

She said the police had cautioned suspect Dogbe with the offence of deceit of public officer and would soon be processed for court.

Cardi B Says She Wants To Be A Politician