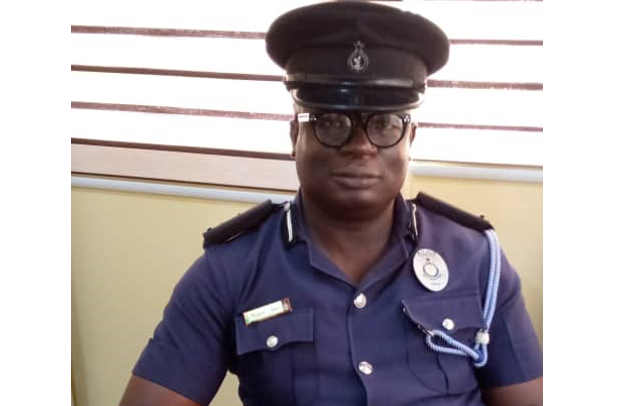 The Jasikan Circuit Court has sentenced Aglidza Obed Eli to 12 years imprisonment for robbing a mobile money vendor at Likpe Kukurantumi in the SALL enclave of the Oti region.

The Public Affairs Officer of the Oti Regional Police Command, ASP John Nchor who corroborated the sentence explained that on Thursday, May 13, 2021, the convict attacked the mobile money vendor at about 7:40 pm after she had closed.

Aglidza Obed who was wielding a machete attacked the victim who was on her way home after the close of business. The road was dark as there was a power outage. He threatened her to relinquish her sales or have her wrist slashed.

A struggle ensued between them and out of fear for her life, the vendor let go of her belongings after sustaining bruises. Convict Eli succeeded in robbing the complainant of her bag containing an unspecified sum of money and a Techno smartphone.

She quickly reported the case to the New Ayoma Police under the Jasikan District Command. The same day, immediately after the report, the Police tracked down Eli to his hideout in Likpe Kukurantumi where he was arrested.

The complainant’s handbag containing an unspecified amount of money and a damaged Techno smartphone were recovered from him.

He was duly arraigned before the circuit court in Jasikan and sentenced to 12 years imprisonment with hard labour.

ASP Nchor advised mobile money vendors and other businesses who operate at night to be wary of their security. He suggested that instead of walking alone at night or in obscure places, they should always walk in groups.

He also encouraged prompt information from residents always to help curb crime in their vicinity.