‘Man U Can’t Win Title Unless…’ 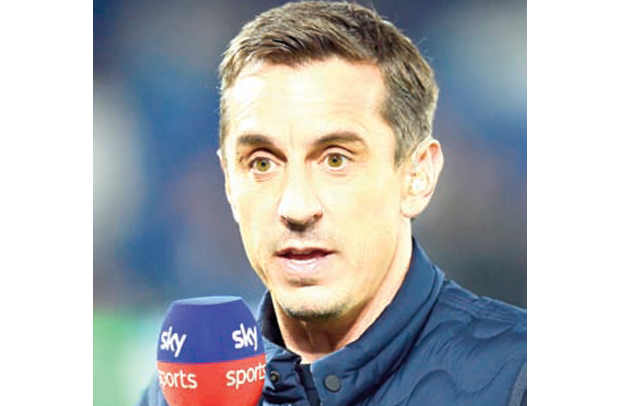 The Frenchman has fought his way back into the team and is beginning to perform well for Ole Gunnar Solskjaer’s side.

Neville thinks the World Cup winner is the kind of player who can raise levels of belief for those around him and make the difference in the title race.

He said on his podcast, “I think Manchester United’s chances of winning this league are slim—Liverpool and Man City are still the best two teams in this league.

“But the slim chance they have to win this league will depend on something like Paul Pogba delivering a cameo of two or three months of brilliance, which he is capable of.

“He has got confidence, he has got arrogance – good arrogance, in a sense that he believes in himself.

“He thinks he should be playing in the biggest games in the world and winning titles, and thinking positive thoughts, thinking you are the best is a big thing when you are looking to win.

“Just in that last 20 minutes, I felt United just had that little bit of missing belief. It’s not a long way away, but that’s the bit that will stop them winning the title.”

Neville also selected the areas United could improve to win the title.

He continued, “We know Ole Gunnar Solskjaer wanted that right-wing position filled in the summer, and he didn’t get it, and it’s just posing a little bit of a problem. If there was a goal scoring right-winger in that squad today, with Rashford and Martial that I think would be a difference.”