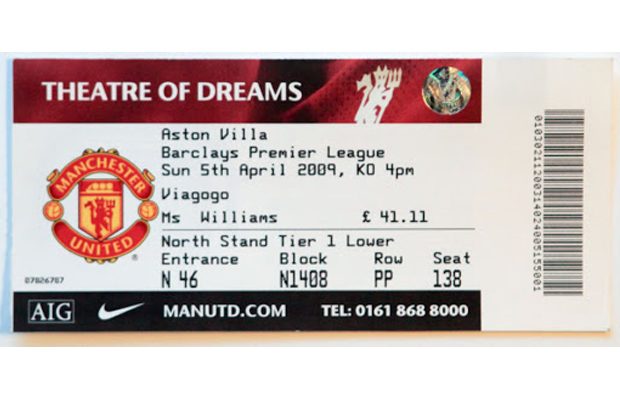 Manchester United have warned fans to stay away from the stadium if their remaining games are played behind closed doors.

United have contacted supporters to confirm they are activating proposals to offer them a refund on any home games they will miss or a pro-rata refund against season tickets for the 2020-21 campaign.

The club also urged fans to resist any temptation to travel to Old Trafford or away matches on safety grounds if the remaining nine games go ahead behind closed doors, and to watch them on television instead.

The email read, “We share your disappointment that you will not be able to watch United in person from within the stadium, but we would encourage you to give your continued loyal support from the comfort and safety of your home.

“To help with that, the Premier League and their media partners will work to deliver the very best broadcast coverage of our games.

“We also ask for your co-operation not to travel to any stadiums at which we are playing on matchdays.

“By supporting from home and following government guidance, you will be playing your part to keep your friends, your family and all United fans safe.

“This united effort to stay at home will give us the best chance of protecting the health of everyone in our community.”

United’s message continued, “While the Premier League and other football authorities have yet to finalise the arrangements to resume season 2019-20, following the publication of the UK government’s recovery strategy on May 11, it is now widely accepted that any matches that may take place will only do so behind closed doors.

“We are committed to refunding ticket costs for these games and want to make the process as easy as possible for all supporters. As you have not yet renewed your season ticket for the 2020-21 season, we will reduce the cost of your 2020-21 season ticket by the value of the four games missed.”