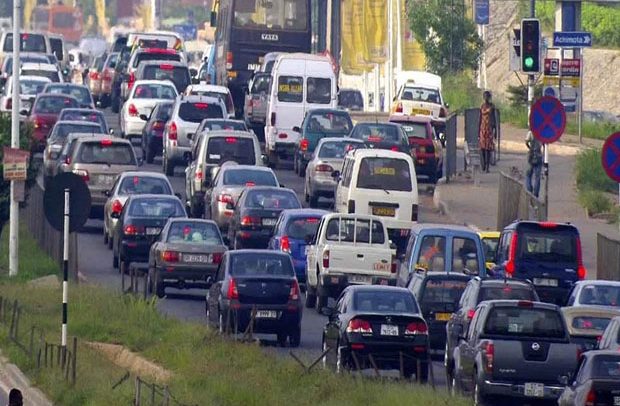 The man-hours wasted as a result of the now many gridlocks in Accra are costly. Imagine spending two hours for an intra-city trip when thirty minutes would have ordinarily been the time spent. Of course, stress is generated by the situation. As for the money lost, it is a truism.

Various engineering activities are ongoing in some parts of the nation’s capital upon the completion of which would bring great relief to both motorists and others.

Many now patronize commercial motorbikes otherwise called ‘Okada’ because of the painful gridlocks in Accra, notwithstanding the dangers associated with this means of intra-city movement. Some of the risks have been bloody as pillion riders get maimed or even lost their lives, including the riders themselves.

Being the first of its kind in the country, the Accra Traffic Management Centre which was commissioned by President Akufo-Addo last week is a novelty worth celebrating and, of course, supporting.

Waiting for the easing of such gridlocks sometimes prompts a question as to whether there is no solution to such traffic congestions. Now, we have been told there is an answer with the commissioning of the centre.

We are told that through the regulation of the centre, vehicular movement at traffic intersections would be monitored and managed accordingly. The absence of this intervention has been responsible for some of the gridlocks.

Sometimes it is just clear that the timing of the key Red and Green signals must be varied at certain times of the day. Without a traffic management centre – the kind now in operation – we were bound to go through the hassle we did over the years.

Visionary leadership comes in various forms. One is identifying challenges which rear their heads in our everyday lives and addressing same.

Many of us were unaware about such technological novelties in addressing gridlocks until the commissioning of the traffic management centre by the President.

We recognize the many interventions ongoing to reduce the hassle associated with a crowded intra-city transport system. The interchange being constructed on the Accra to Kumasi highway between Pokuase and Amasaman for instance is a major engineering effort which would go a long way in easing the pain of using that stretch of road.

Where are they who for partisan dividends belittle government efforts in constructing roads and other supporting infrastructure all of which go a long way to change the nature of commuting and highway travels?

Let them to go out and take inventories of the developments ongoing both in the urban and rural areas, notwithstanding the debts and mismanagement inherited by the government.