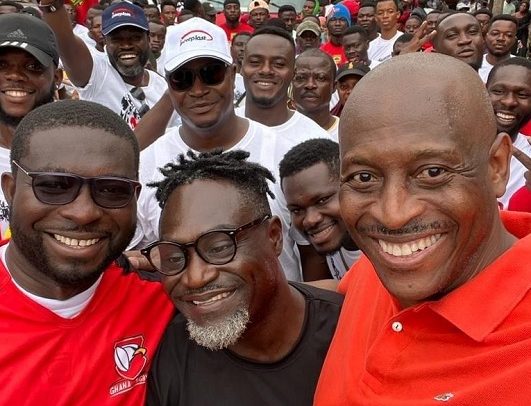 President of the May 9 Foundation Herbert Mensah has showered praises on the President of Ghana Nana Akufo Addo for being the first President in 21 years to recognize families of the victims of the Accra stadium disaster.

Mr. Mensah was speaking in a video message to mark the anniversary of the historic soccer tragedy that occurred under his watch as chairman of Asante Kotoko football club in 2001.

“We shouldn’t forget last year our Prez for the first time welcomed families of may 9 victims to the jubilee house. It is the first time any President of Ghana has ever done that since 2001 and we are truly grateful for that.”

He added, “these things will be remembered for ever..and there were tears in the eyes of the families of the victims knowing that at least a little bit of respect and recognition has been given and they will always be grateful for what his excellency the president did for them.” 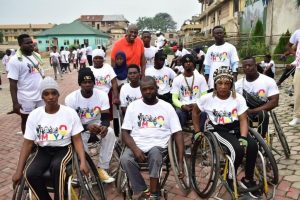 In his anniversary statement, Herbert Mensah also recognized the contributions of others including the Asantehene Otumfuor Osei Tutu who for several years has granted audience to the families of the victims of the Accra stadium disaster.

“Although we couldn’t see my father Otumfuor this year because he is out of the country, we are grateful to him for the audience he has granted us for many years but we were happy to have Nana Yaw Amponsah the current Kotoko C.E.O and sports journalist Patrick Osei Agyeman also known as Fire man join us in Kumasi for our remembrance walk”.

He said although many dignitaries are capable of supporting the charity events of the May 9 Foundation, only few choose to do it.

“It’s been 21 beautiful years during which we have helped the families and we have kept the memories of the victims alive.

This year we went back to Nima and the inner cities and we made donations of wheel chairs, walking sticks, food items and cash to some of the most deprived people.” 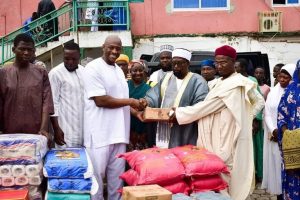 Herbert Mensah pledged to continue to raise the needed funding to support families of the victims of the Accra stadium disaster and other disaster victims. He asked Ghanaians to say a prayer for the disaster victims.

“As we move through 2022, we will continue to raise funds. There are people with medical conditions needing help which we are committed to…and we are making sure that people do not forget this historic disaster.

This day say a prayer. It is critically important that what is done in other countries is done better in Ghana.”

The Accra stadium disaster took the lives of 126 Ghanaian soccer fans on May 9 2001 during a league game between rivals Accra hearts of oak and Kumasi Asante Kotoko. No culprits were ever found to be punished for the tragedy although the then government of President J.A Kuffuor set up a committee to investigate the incident.

Herbert Mensah is currently the President of Ghana Rugby Football Union but remains a champion for the welfare of disaster victims through the charity May 9 Foundation.