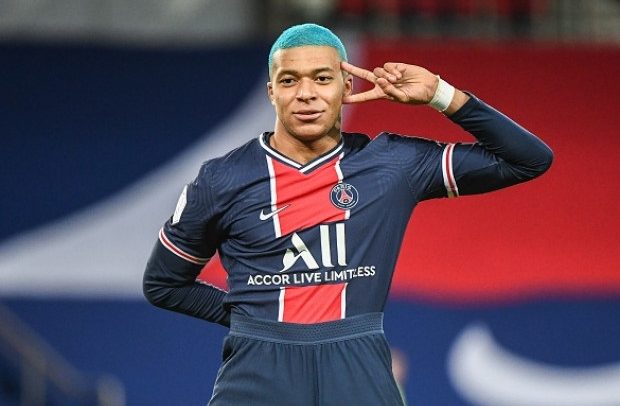 Kylian Mbappe has opened up about his dispute with Paris Saint-Germain teammate Neymar, saying he called him a “tramp” in the team’s 2-0 win over Montpellier last month.

The France international was caught on camera criticising Neymar after he was substituted and said: “This tramp, he never passes to me.”

Speaking in an interview with L’Equipe, Mbappe confirmed he said those words but has no issue with the Brazil international.

“Yes, yes, I said it. Now these are things which happen all the time in football. It just needs to be something that doesn’t linger,” he said. “That’s why, right after, given how it blew up, I spoke to him about it.

“We’ve exchanged a lot of words like that in the past and we’ll continue to do so, because we want to win, but there shouldn’t be any hard feelings. There is no resentment at all because I respect the player and the man and I admire what he is.”

Mbappe also hinted that he is still determined to leave PSG after saying he informed the club of his desire to leave in July amid interest from Real Madrid.

PSG refused to negotiate on a deal for Mbappe in August, despite the 22-year-old having just a year left on his contract. Sources in Madrid previously told ESPN that Madrid made bids of €160m, €180m and finally €200m on August 31 before the transfer window closed.

“I thought that my adventure [with PSG] was over,” he added. “I wanted to discover something else. I’d been in the French league six or seven years. I’ve given what I tried to at Paris and I think I’ve done it well.

“But everyone is free to draw the conclusions they want, but that’s my assessment. Leaving was the logical next step.

“I’m not going to act like a hypocrite and send out a plea, like: ‘Oh, I don’t know.’ This summer my ambition was clear, I wanted to leave and put the club in the best circumstances to bring in my replacement. Right now, my future is not my priority. I’ve already wasted a lot of energy this summer, it’s draining.”