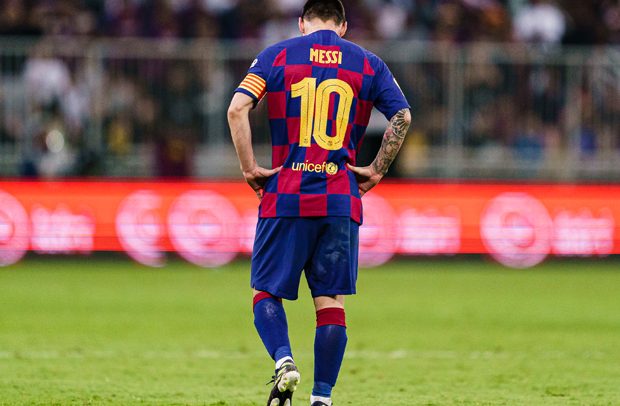 According to Spanish radio station Cadena Ser, Barcelona captain Lionel Messi has broken off contract talks after finally running out of patience with the club because of the constant rumours and allegations that he is one of the prime reasons for unrest around the Nou Camp.

Messi is disillusioned with any number of things emanating from his life at Barcelona at the moment. He is fed up of being accused of running the club, fed up of people saying he hires and fires the coaches, fed up with claims he chooses who should be signed and who should play and fed up with the general direction of the club and the huge mistakes they have made in the transfer market.

Enough is enough and now he has, according to the radio station’s programme El Larguero, told the club he will be leaving at the end of next season.

Claims have been made against Messi that he wanted the club to sign France forward Antoine Griezmann from Atletico Madrid but now no longer wants him there. Untrue.

On a personal level, Griezmann has joined Messi and Luis Suarez, along with their wives, for dinner and their relationship is good, even though Griezmann has yet to find his niche in the side. In any case, there is a conscious effort by both Messi and Suarez to help him adapt to everything at the club.

On the managerial front, he has been accused of having got former manager Tata Martino sacked and current manager Quique Setien hired because he liked his style of football. Not true.