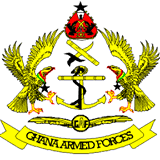 An army helicopter has reportedly made an emergency landing within the Kumbungu District of the Northern Region.

The Ghana Armed Forces (GAF) made this known in a statement dated June 27, 2020.

In the statement signed by E. Aggrey-Quashie, the Armed Forces said on Thursday, June 25, 2020, at about 5:45 pm, a Ghana Air Force Z9-EH helicopter with tail number GHF 630 performed an emergency landing in a field about 3 kilometres Southwest of Ganvuliga Village, in the Kumbungu District. It says the field is 32 kilometres West of the Tamale Airport.

“The crew landed after observing a malfunction of the tail rotor system, which provides anti-torque and directional control to the aircraft.

It added that the incident happened when the crew were returning from Wa to Tamale.

“All the 4 crew members and 4 other military personnel on board at the time of the incident were successfully recovered within minutes by another Ghana Air Force helicopter, with no fatalities nor injuries. There were no Civilians on board, and no damage nor injuries to property and people on the ground.”

The statement says the landing site has since been secured and efforts are underway to recover the aircraft, indicating that a preliminary investigation team has been constituted and is currently on-site to conduct a full assessment of the damage to the aircraft to allow a recovery to Air Force Base.

Report Any Acts of Intimidation Along the Borders – Volta Minister