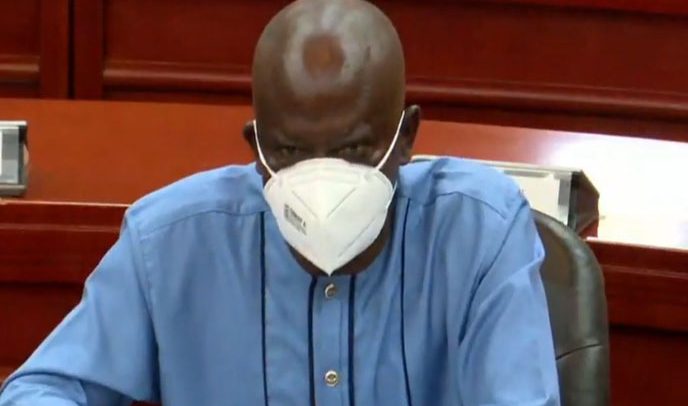 The Ahafo Regional Minister-designate, George Boakye, has said gold mining has negatively impacted on food crop production in the region. This, he said, was because farmers in the region prefered compensation from the lease of their farms to miners to the production of food crops.

According to him, residents of the region intentionally planted crops and vegetables on farmlands upon realizing that Newmont Mining Company was moving in there to mine.

Answering questions during his vetting by the Appointments Committee of Parliament, Mr. Boakye stated that many of the farmers in the region “think more about profit from the sale of their farms than the crops they grow. They don’t look far ahead and this has impacted negatively on agriculture.”

He noted however that the good side of the advent of mining in the region was that mining had brought about great transformation and development to the area.

He mentioned Keyanse in particular, the capital of Asutifi North, where new buildings had sprung up.

“The only problem is the town roads which are in bad shape, but they have been awarded on contract. Very soon the contract will finish and the people will be relieved,” he noted.

“I intend to call for the SRA, when approved, which the various communities signed with Newmont, inspect them and see whether we can improve upon them,” the minister-designate added.

He said the region being a new one needed social a responsibility agreement with Newmont which would be quite distinct from what members of the community had been given.

“I will impress upon them to build a monument in the regional capital so that in future when mining in the Ahafo area is no more people will know the contributions of Newmont to the economic and social development of the place,” he told the committee.

The regional minister-designate, who was a former New Patriotic Party (NPP) Member of Parliament for Asunafo South, said he intended to leave behind some monumental legacies, when he was eventually approved by Parliament.

Mr. Boakye asserted that he would make sure road projects started by his predecessor were completed, stressing that “If I am able to ensure that most of our highways and feeder roads are paved it will be a very good legacy for me.”

According to him, he also wants girl child education to be a priority of his administration and promised to carry out intensive sensitization to get more girls into schools.