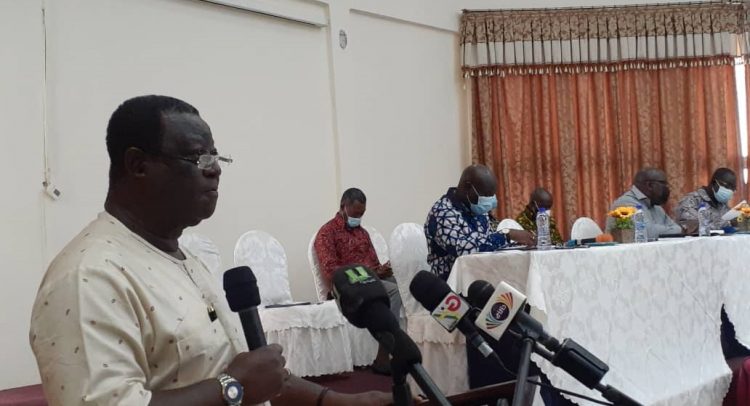 The minister speaking during the workshop

The Minister for Roads and Highways, Kwasi Amoako-Atta, has asked the regional directors and engineers of the Ghana Highways Authority to act together to sustain the gains achieved in the last four years and work to improve the country’s road networks.

According to him, there is the need for staff of the ministry to properly position themselves for the task ahead without compromising on the quality of work to be delivered by contractors.

Speaking at the Strategic Management workshop in Koforidua for workers of the Ministry of Roads and Highways, Mr. Amoako-Atta said engineers ought to have full control over projects under their supervision and ensure successful completion of them.

The Minister, who doubles as the Member of Parliament (MP) for Atiwa West, expressed satisfaction for the general output of the staff, and added, “We need to keep on working at our very best. I assure you that if you dedicate yourself to the course of this country, I will always be there for you when the need arises.”

“We can all attest that based on the success chalked by the Ministry, the President has again named this year as another year of roads to ensure complete sustainability of our roads,” Amoako-Atta indicated.

He, therefore, tasked the engineers and surveyors to identify weaknesses in their work and improve on them for the betterment of the country’s roads.

He hinted of an intended exercise to sanitise the contractors’ front, asserting that there would be termination, repacking and re-awarding of contracts in the coming months.

The Minister said the government was doing all it could to improve on payments of road contractors in the midst of the challenges and hardships brought about by the COVID-19.

He revealed that the government had spent more than GH¢10 billion on road construction since assuming office in 2017, adding that “our system may not be the best, but every day we try to improve it.”

“We need everyone to work together to achieve a common goal for the country. When I say this I mean all of us, including engineers and the media,” he noted.

Inside Ya Na’s Backyard