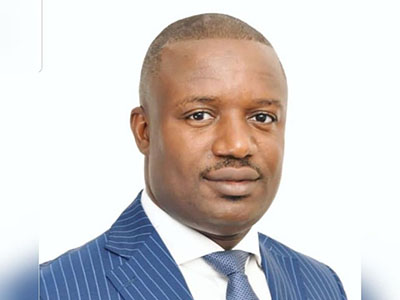 Minority members in Parliament have made fresh allegation against the Bulk Oil and Transportation Company (BOST).

According to the Minority, the current leadership of BOST has inflated price or office construction.

Addressing a press conference in Accra on Thursday July 28, 2022 the Member of Parliament (MP) for Yapei Kusawgu, John Jinapor said the former leadership of BOST under it former Managing Director, Kwame Awuah Darko started the process of constructing an ultra-modern twin tower office in the year 2015 to serve as office accommodation and to enhance internally generated funds to augment the cash flow of BOST.

However, the former deputy Power Minister said, the newly-constituted management of BOST under the Akufo-Addo administration that assumed office, falsely accused Mr. Awuah Darko of inflating and padding the contract and as a result suspended the project.

He said Mr. Awuah Darko and several government appointees of the erstwhile Mahama administration were subjected to thorough and detailed investigations by the Economic and Organized Crime Unit (EOCO), which of cause is nothing but witch-hunting and whitewashing.

“It is worthy of mention that not only was Mr. Awuah Darko exonerated of any wrongdoing by the EOCO investigations, but it was also established that the contract met all the necessary ingredients of value for money.

“We have however noted from recent developments based on documents available to us that the original contact which was valued at $39,000,000.00 (Thirty-Nine Million Dollars) ballooned to a whopping $78,000,000.00, if the two-tower building is accounted for based on the current cost of the single unit valued at $39,000,000.00 (Thirty-Nine Million Dollars). This means the building has been inflated by 100% over the original contract.

“We say so because we have noted that the current Management of BOST decided to acquire only one of the twin unit building due to the precarious financial position of the company, however it applied to Public Procurement Authority for approval to vary the original contract for the single unit from the original price of $19,500,000.00 per unit to a new cost of $24,000,000.00.”

He further stated that “Members of the press, fellow Ghanaians, to our utmost shock and dismay, but of cause as usual of this government, the PPA without any reasonable justification in granting the approval hiked the contract sum to an inflated figure of $39,000,000.00 (Thirty-Nine Million United Sates Dollars) for a single unit when BOST could have originally constructed the twin-tower office at the original price of $39,000,000.00.

“We are firm in our conviction that this is a classic case of causing financial loss to the state. This is another PDS, Ameri and Movinpinnna scandal in the making. The Energy sector under the current NPP administration has become a Pollution Haven for regularized corruption, inflated favouritism, and rusted nepotism.

“From the foregoing, it is obvious some officials are culpable and neck deep in this huge scandal. We do not have any confidence in the Akufo-Addo led Government as far as resolving this conundrum is concerned. Officialdom has demonstrated a lack of professionalism and competence in this whole debacle, as BOST has been converted into one of the milking cows.

“It is our hope that for the first time, the President will gather courage to cause and independent investigation into this scandal which is of monumental proportion and punish his officials whose negligence, recklessness and complicity has led us into this huge mess.

“We, the Minority in Parliament, hereby serve notice that anything short of an independent investigation shall be rejected and denounced by the NDC and the good people of Ghana. We shall remain vigilant and resolute in our quest to ensure that the continuous looting and plundering of the resources of BOST which is our collective strategic national asset is brought to an immediate halt.”