MMDCEs To Get PROs 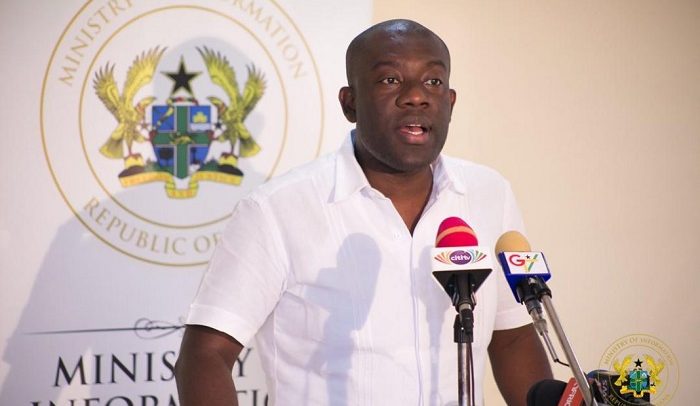 The Ministry of Information has announced the government’s plans to assign spokespersons and press secretaries for Metropolitan, Municipal, and District Chief Executives across the country.

The Minister of Information, Kojo Oppong Nkrumah, who announced during a media encounter at Koforidua, the Eastern Regional capital said the move will enable MMDCEs to focus on their core job and also help them provide timely and adequate information to the public.

Kojo Oppong Nkrumah explained, “We are working to ensure that they (MMDCEs) can have PROs and Press Secretaries who can engage you more. Even the president himself is leading the work and I am the one who is traveling from Takoradi to Ho, Cape Coast, Oti Region to Koforidua so I can engage you, the same way the mayor, the MMDCE is doing several things, occasionally he may be able to speak to you but we must help him by getting him a press secretary or spokesperson who can on regular basis be responding to you”.

Mr Oppong-Nkrumah charged the media as the fourth estate of the realm to help the government by highlighting issues of security and terrorism as they posed threat to the sovereign integrity of the country.

He noted that the West African sub-region was highly dominated with terrorist activities but said the government’s systems were alert, adding, it was imperative for the media to play their role professionally to support.

On other matters, the Eastern Regional Minister also said the construction of the 160-bed capacity Regional Hospital is progressing steadily, contrary to some reports that suggest that the project has been stalled.

According to the Regional Minister, the project was being constructed in phases and that the method of designing and construction of a regional hospital took some time.