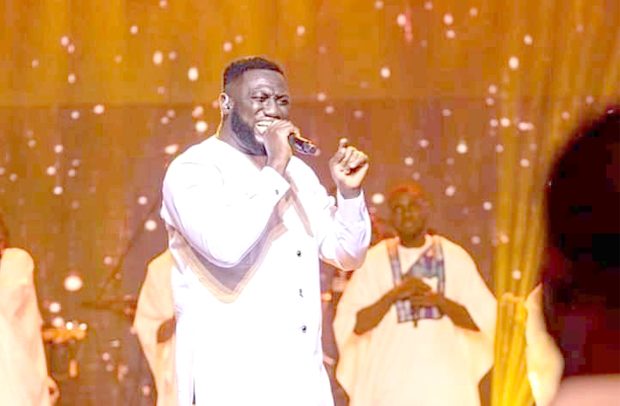 Two-time VGMA Male Vocalist of the Year, MOGmusic, has opened up on his collaboration with secular rapper, Sarkodie, on his latest album ‘No Pressure’.

The gospel musician, who was featured on the ‘I’ll be there’ track on the album, said he does not see working with secular musicians as a challenge.

Responding to concerns about working with acts that do not belong to the gospel fraternity, MOGmusic explained that he is open to teaming up with artistes of any genre as long as the message resonates with him.

“For me, it’s the orientation. So far as it sits with me and the message is right, I believe I can make a positive impact,” he pointed out.

Specifically on his new collaboration, he said, “Sarkodie and I are childhood friends. He sent me the song, I liked it, and I jumped on it. In fact, if any secular musician walks up to me and has a good gospel song, I’ll jump on it,” he said. Known in real life as Nana Yaw Boakye, MOGmusic joins a handful of gospel musicians to collaborate with a secular artiste.

The likes of Herty Borngreat and Yaw Sarpong are among a few others who have ventured into the space.

MOGmusic is a Ghanaian contemporary gospel singer, songwriter and pastor.

He won the 2021 Vodafone Ghana Music Awards Male Vocalist of the Year.

MOGmusic released his first album in 2016, ‘New Wine’, which earned him African Gospel Music Awards Nominations for Album of the Year and Discovery of the Year.