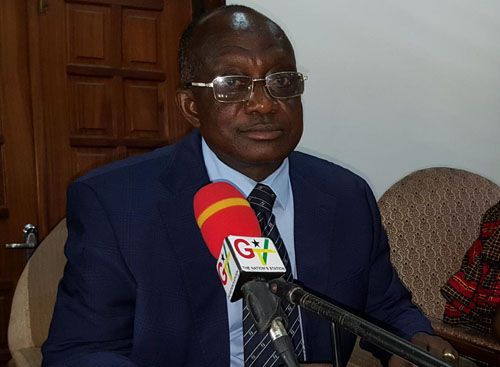 The Ashanti Regional Minister, Simon Osei-Mensah, has tasked metropolitan, municipal and district chief executives (MMDCEs) to ensure that road contracts in their areas are properly executed.

He said it would help prevent a situation where road contractors would do a shoddy work, which would not last long for the citizenry to benefit from. He stated emphatically that MMDCEs were direct representatives of the President.

“The government has awarded a lot of road contracts in your various areas and I am charging you to monitor so that the contractors will do the right thing. Don’t be an armchair MMDCE, who will only sit in his office. Try and visit the road construction sites with your technocrats as often as possible.

“This is the least that you can do for the President and it will go a long way to ensure that the contractor delivers to the satisfaction of all and sundry,” he stressed.

Mr. Osei-Mensah, who was speaking on Kumasi-based Nhyira FM, gave an assurance that he would personally ensure that contractors in the region delivered.

“The MMDCEs should not fight with the road contractors but they should make sure that the contractors will do the right thing regarding their road projects. It is our duty as representatives of the government to ensure that contractors will not do a shoddy work,” the Ashanti Regional Minister remarked.

He added: “We don’t need roads that will only last for six months and deteriorate. My administration will make sure that contractors do the right thing”.

A Leader Gives Himself Wholly!