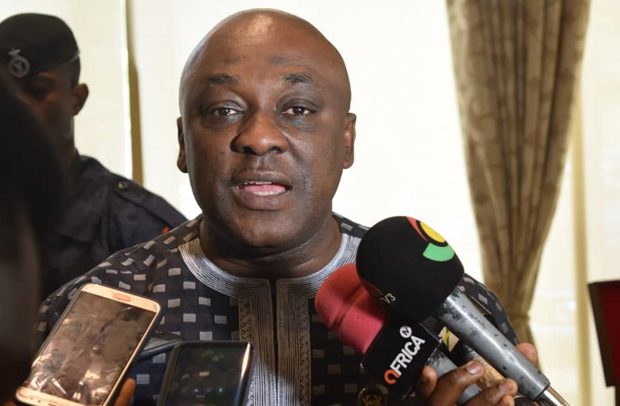 Some polling station executives of the New Patriotic Party (NPP) in the Tema West Constituency of the Greater Accra Region are seeking the removal of the incumbent Member of Parliament (MP), Carlos Ahenkorah, who recently resigned as a Deputy Minister of Trade & Industry following his widely condemned Covid-19 breaches.

Carlos, as he is fondly called, came under heavy fire last Thursday when he admitted to visiting some registering centres even when he knew he had tested positive to Covid-19.

While some called for his resignation, others demanded of the President to fire him—the former took hold, though.

The President has described his resignation as an honourable thing to do and wished him well.

“We the undersigned polling station executives of the Tema West Constituency NPP are calling for the withdrawal of the candidature of Hon. Kingsley Carlos Ahenkorah as the party’s parliamentary candidate for the upcoming national parliamentary elections to be held December 2020,” the party members said in a petition to the NPP General Secretary with a copy to the Regional Chairman, Greater Accra.

“His conduct of visiting registration centres while he had been tested positive for Covid-19 and been advised to isolate himself, constitute an act of irresponsibility and recklessness on his part. Such a conduct is not only irresponsible but also criminal as he knew that he had tested positive.”

They said, “Clearly the Honourable did not obey the Covid-19 protocols and totally disregarded the presidential directives on Covid-19. Hon, Kingsley Carlos Ahenkorah has not shown any leadership but has rather put the NPP’s name into disrepute and public ridicule, and civil society is looking at what disciplinary measures will be meted out to him by the party.”

They further claimed that “he has caused so many problems by this act to the extent that marketing him in the constituency to maintain our seat in parliament will be very difficult. We are, therefore, calling for his withdrawal as our party candidate, especially because his conduct is in breach of the party’s constitution as captured in Article 4 Clause 7, 1 (s) which states that a member shall not bring the name of the party into disrepute or public ridicule.”

Refunds Will Be Made Hajj Board Assures Pilgims