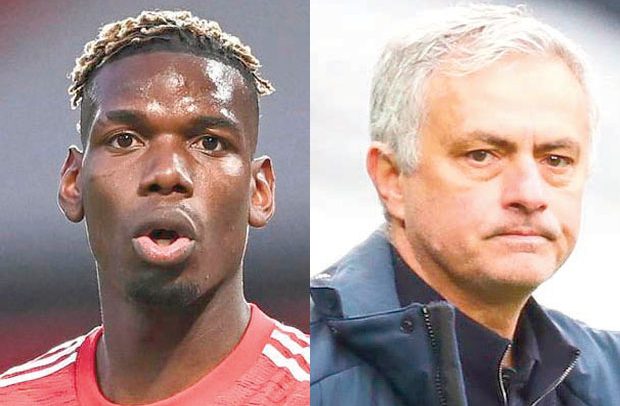 Jose Mourinho treated players like they “don’t exist” during his time in charge of Manchester United, according to Paul Pogba.

Pogba was one of Mourinho’s first signings after taking over at Old Trafford in 2016, but by the end of his reign, their relationship had soured, with the pair involved in a training ground bust-up and the player later stripped of the vice-captaincy.

“What I have now with [current manager Ole Gunnar Solskjaer] is different, he wouldn’t go against the players.

“Maybe Ole wouldn’t pick them, but it’s not like he puts them on the side like they don’t exist anymore.

“That’s the difference between Mourinho and Ole.

“Once I had a great relationship with Mourinho, everybody saw that, and the next day you don’t know what happened. That’s the strange thing I had with Mourinho, and I cannot explain to you because even I don’t know,” Pogba told Sky Sports.

Pogba got one over on his former boss after helping United to a 3-1 win against Mourinho’s Tottenham on Sunday.

Afterward, Mourinho hit back at Solskjaer’s claim that Son Heung-Min had conned the referee to get Edinson Cavani’s first-half goal ruled out and insisted Pogba should have been sent off for an elbow on Serge Aurier.

Pogba, however, said Mourinho was simply trying to deflect attention from his team’s performance and a result that leaves Spurs struggling to qualify for next season’s Champions League.

“I don’t know what happened, I’m sure Mourinho said something that would make people speak, that’s what he does,” Pogba said.

“We got the result we wanted, Ole knows it and we enjoyed that moment because we know Mourinho and we know what he likes. We don’t need this [war of words]; we just focus on us.