MPs Call On Ghanaians to Rally Behind Black Stars 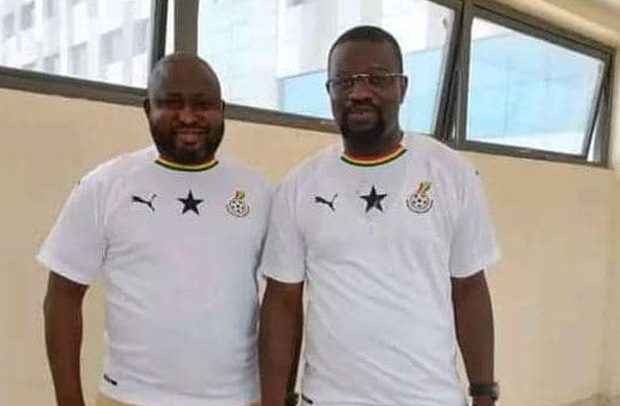 Members of Parliament (MPs) have called on Ghanaians to rally behind the national football team, Black Stars, in their game against the Super Eagles in Kumasi.

The lawmakers, who were in high spirits ahead of the world cup qualifier, made the call yesterday ahead of the game, hoping Ghana will secure a place in Qatar.

The MPs wore replica jerseys of the Black Stars, while in the chamber, to root for the team and cheered the citizens to give off their full support to the team.

“My wish is that the national team wins and wins massively. Be as supportive as you can. Be as hilarious as you can, and be as loud as you can and in the end, they will be motivated,” First Deputy Speaker, Joseph Osei-Owusu stated.

“We need to rally behind the Black Stars as they face the Super Eagles in Kumasi. We wish them well and make the country proud. We are very convinced and sure that the qualifying we are seeking to Qatar this year will be determined by this match,” NPP MP for Tolon, Habib Iddrisu said.

According to him, Friday’s evening game was “a must-win match” for Ghana when he predicted a 3-0 win in favour of the Black Stars.

NDC MP for Odododiodio, Edwin Nii Lante Vanderpuye stated that the game was “an opportunity to redeem ourselves of our poor performance in the last AFCON and secondly for us to book a ticket for Qatar which all of us in this House will be wishing to be among the spectators who will be cheering the Black Stars on.”

“The truth of the matter is that matches between Ghana and Nigeria sometimes defy the form guide. It is basically the most determined and hungry players of the two teams to win this game,” he added.

The former football commentator said, “Sometimes, it is not about the players and it is not about the coach; it is about how hungrier that particular country is. Evidence of our past encounters has shown that most of the time the team that has much more quality becomes complacent and loses.”

Majority Chief Whip, Frank Annoh-Dompreh, asserted that “what is at stake is not only just about prayer. We must pray and take our chances. At the end of the day it is about who takes the chances [that will come on the team’s way].”

“Let us not only get spiritual about the up and coming battle, but rather we should be upbeat and get our strategy right.,” he admonished.

NDC MP for Zebilla, Cletus Avoka, called for all and sundry to unite and pray for the Black Stars “for victory this evening against the Super Eagles of Nigeria. As far as matches between these two great nations are concerned, the form guide is not very much important.”

'I'll Complete 111 Hospitals Before My Term'