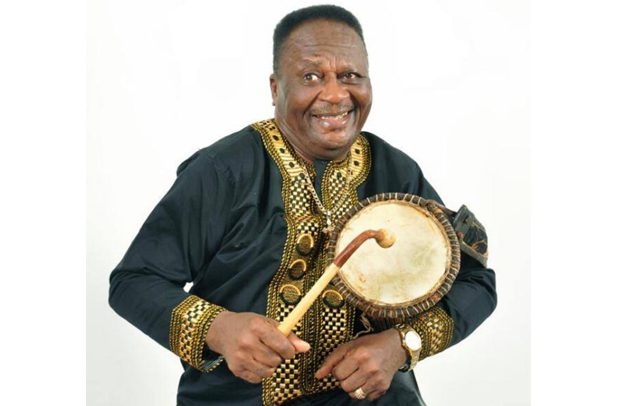 The Musicians Union of Ghana (MUSIGA) has expressed sorrow over the passing of one of Ghana’s music greats Alfred Benjamin “AB” Crentsil, who died in the early hours of Wednesday, July 13, 2022, at age 79.

The news of the death of the veteran highlife musician also saw some high-profile personalities and staunch supporters expressing their condolences on various social media platforms.

A delegation from MUSIGA has paid a visit to the bereaved family of the late musician to sympathise with them as the legend has had an illustrious career in the music industry and supported the union spanning more than two decades.

The rest are Asabea Cropper, who played with the late AB Crentsil in the Tema-based Sweet Talk Band, and Director of Communications and Special Projects, Ahuma Bossco Ocansey.

The Acting President of MUSIGA, in a press release sighted by BEATWAVES, assured the family of the unflinching support of the union to ensure that the late musician is given a befitting burial.

“As we all know we’ve lost one of our legends who was also a former Vice President of MUSIGA and a Founding Chairman of AMWeF. He was very supportive of the work of the Union and played a great role in establishing the fund to support aging and needy musicians. We will miss him greatly,” he said.

Meanwhile, the family of the legendary highlife musicians has announced that the one-week celebration of AB will be held on August 13, 2022, at the Bethel Methodist Society, Community 8 in Tema.

The late AB Crentsil was described as one of the “big three” contemporary Ghanaian vocalists who won numerous Ghanaian music awards, including the Fontomfrom Evergreen Award, a special honour bestowed upon a musician with 15–20 years of continuous music experience.