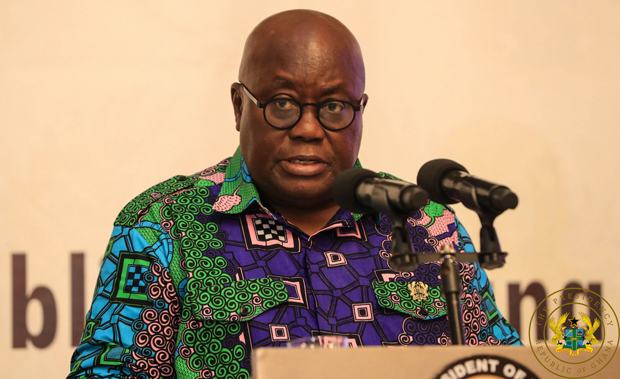 PRESIDENT NANA Addo Dankwa Akufo-Addo was among the thousands of mourners who bade farewell to the late Mama Joyce Obeng, in Kumasi, Saturday.

The deceased was the wife of Pastor Ransford Obeng, the founder and head pastor of the Calvary Charismatic Center (CCC), the leading charismatic church in Kumasi.

His trip from Accra to Kumasi to partake in the memorial service for the woman who did so much to win souls for her husband’s church, underscored the importance of the spiritual activity.

The three hour or so activity attracted dignitaries from all over Ghana, Africa, Asia and Europe to the CCC compound located at Ayigya in Kumasi.

The Asantehene, Otumfuo Osei Tutu II, was represented at the programme by the Asokore Mamponghene, Nana Boakye Ansah Debrah, who led a huge delegation.

The other political parties in the country, top businessmen, traditional leaders, the clergy, diplomatic corps, ministers of state and people from all walks of life were also present.

Pastor Obeng lamented about how he would greatly miss a woman, who had over the years served as his pillar. This comment led to the mourners shedding tears.

Preaching the sermon, Dr. Mensah Otabil, the General Overseer of the International Central Gospel Church (ICGC), urged Christians not to lament when one dies in the Lord.

According to him, Jesus Christ conquered death therefore those who die in Christ would resurrect on the last day and live eternally in heaven as Christ has promised.

The remains of Mama Obeng, who was deeply loved by the entire congregation of CCC when she was alive, were interred on the church premises, amid wailing.