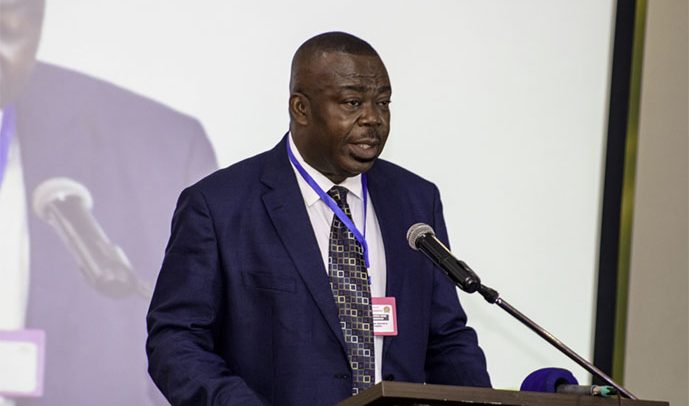 PRESIDENT NANA Addo Dankwa Akufo-Addo on Friday praised the work of the first Director-General of the State Interests and Governance Authority (SIGA), Stephen Asamoah Boateng, as he opened a policy and governance forum in Accra.

He told the gathering that Mr. Asamoah Boateng aka Asabee, did considerable work throughout the nascent stages of the authority which has led to its present growth, wishing the aspiring National Chairman of the New Patriotic Party (NPP) good luck.

“I thank warmly the first Director-General of SIGA, Mr. Stephen Asamoah Boateng, for the considerable work he did throughout the nascent stages of the authority and growing it to what it has become today,” President Akufo-Addo stated, and added, “Hearty ayekoo to Asabee and I wish him well in his future endeavours.”

Mr. Asamoah Boateng resigned from SIGA to contest in the national executive primaries of the governing party.

In September last year, he announced his intention to contest the national chairmanship slot of the ruling party which would be decided in July 2022.

Mr. Asabee is tipped by some analysts and party insiders to become the next NPP chairman and that has strengthened his campaign. He is widely seen as a moderniser and credited with driving recent reforms at state enterprises and agencies.

His inclusion in the national chairmanship contest is likely to add some excitement and social media speculation about the possibility of a leadership showdown at the NPP primaries.