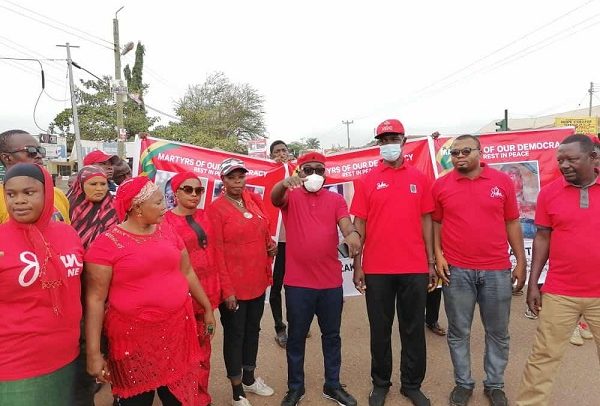 The National Democratic Congress (NDC) held a protest on January 19, 2021, to observe the 40 days of the Techiman South shootings which led to the death of two persons during the December 7 general elections.

The protest led by the NDC Deputy General Secretary, Peter Boamah Otokunor, said they are demanding for full-scale investigations into the election-related killings.

“We are demanding that as a matter of urgency, President Akufo-Addo takes the necessary steps to establish a commission of inquiry to conduct an in-depth investigation into the unfortunate killings which occurred during the December polls”, he said.

Mr. Otokunor added, “we believe that injustice anywhere is injustice everywhere, and for that matter, justice should be pursued holistically. This will serve as a precursor to sustain peace”. 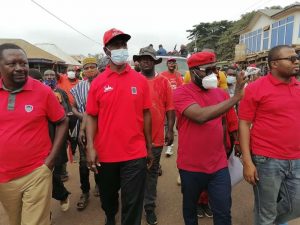 He also called on the leadership of Parliament to interrogate the First Deputy Speaker, Joseph Osei Owusu comments he made about the victims of the electoral violence.

“ It is dishonorable on the parts of an honorable MP to tag those who unfortunately lost their lives as armed robbers. It is an insult to the family of the innocent citizens”, he said.