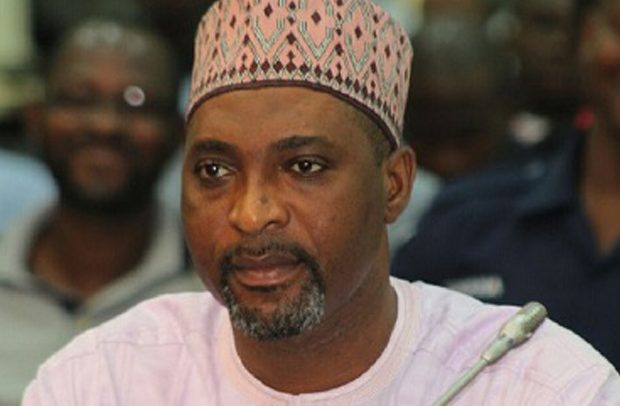 Members of Parliament (MPs) belonging to the main opposition National Democratic Congress (NDC) yesterday walked out of Parliament in protest against lack of formation of a quorum.

Led by the Minority Chief Whip, Alhaji Mohammed Mubarak Muntaka, the opposition MPs demanded the Speaker, Prof. Aaron Mike Oquaye, to suspend parliamentary sitting, saying the required number of MPs needed for the business of the House to proceed was not there.

Parliament requires 90 MPs (one third of the House) to form a quorum, but at the commencement of business on Monday around 10:50 am, the number of MPs was less than 40.

The House was considering the Corporate Insolvency Bill, 2019 when Alhaji Muntaka, who is also the MP for the Asawase Constituency, stood up to ‘arrest’ the process by quoting the relevant portion of the Standing Orders of Parliament.

But the Speaker ruled him out and explained that the part of the Standing Orders that required the formation of a quorum could be relaxed for discussion to go on the bill as the House waited for other members to come in.

Not satisfied with the conduct of the Speaker and aggrieved by the continuous sitting and discussions of the House, the Minority Chief Whip, without recourse to procedures, got up again and flew into tantrums.

He said the Speaker was spearheading an “illegality of the House” by taking decisions on “amendments proposed” when a quorum of the House had not been met.

Buttressing his point further, Alhaji Muntaka quoted Article 104(1) of the 1992 Constitution to support his claim that Parliament would be in constitutional breach to take decisions on any clause in a bill with less than half of MPs.

Whilst he was making the submission, the Deputy Chairman for the Committee on Legal, Constitutional and Parliamentary Affairs, Kwame Ayimadu-Antwi, was on his feet, making proposals for amendments of some clauses of the Corporate Insolvency Bill, 2019.

However, the Speaker insisted he had a duty to ensure that the business of the House continued unabated, pointing out that the bell of Parliament was being sounded to demand the presence of MPs.

Majority Leader Osei Kyei-Mensah-Bonsu, on his part, stated that the maintenance of law and order required leadership assistance.

According to the Majority Leader, Alhaji Muntaka needed to have come with a substantive motion as provided for by Order 93(5), and added that for the Minority Chief Whip to get up and fly into tantrums was also unacceptable conduct, saying “we should be regulated by our rules of engagement.”

The reason for the low turnout was not clear but it appeared the fatigue of the extended sittings by the legislators last week, coupled with the coronavirus scare, might have taken a toll on the MPs.

It may also be that some MPs sought permission to be absent in the House in order to attend committee meetings.

No Covid-19 Patient In Danger