No Covid-19 Patient In Danger 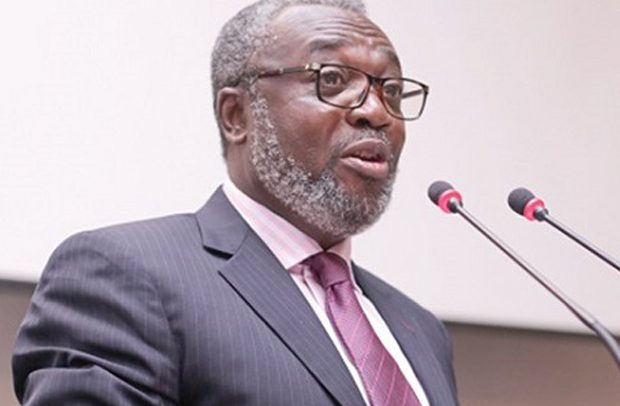 The 24 people currently undergoing treatment at the various COVID-19 management centres are not in the intensive care category as it is in other dispensations, a Presidential Adviser on Health, Dr. Anthony Nsiah-Asare, has said.

Some victims, he revealed, could manage their conditions at home, cautioning that some young people conduct themselves in a manner as if nothing is at stake.

During a media sensitization programme on COVID-19 for editors yesterday at the International Press Centre, Accra, the former Director General of the Ghana Health Service (GHS), said the government had some 15 machines in health facilities including Tamale, which would be calibrated for use in the testing regimen.

He said the machines had special significance in the fight against the pandemic.

COVID-19 cases could take the form of mild and severe and requiring intensive care treatment, he explained.

He recalled a beach party in Accra at a time when the world was facing a pandemic and warned about the repercussions of such behaviour.

While some cases are mild others are severe and even require ventilators. Thankfully Ghana had not reached that level, he said.

The seating arrangement in the auditorium of the Press Centre was consistent with the prescribed social distancing.

There were cases which could be managed at home, especially if the rules were strictly adhered to, he said, saying that those who arrived in the country when the quarantine order was issued were currently living in isolation in a hotel, adding “there is no exception to this rule.”

Dr. Nsiah-Asare asked for the support of all Ghanaians to fight the pandemic because, according to him, “being a new virus, little is known about it.”

He said it was the intention of government to have many Ghanaians tested for the virus, especially when the testing kits whose orders had been placed arrived in the country.

He dismissed the story being bandied around that some victims had been cured, saying with virus victims are said to be managed not cured.

Two consecutive tests were required to declare a victim cured, he declared.

The various actions by government are intended to contain the virus through the stoppage of its imports, stopping its spread and the treatment of infected persons.

Government response had taken the form of the establishment of an inter-ministerial committee made up of ministers from local government, information, finance, education and the interior to deal with the subject appropriately, he said.

The global pandemic, he said, required all hands on deck bereft of politics because the challenge had no respect for persons, political affiliation and status in society.

Government, he announced, would provide medical personnel with the necessary attire to protect them against infection.

Resource persons during the engagement were Dr. Yankson of the Ghana Medical Association, among others.

Information Minister Kojo Oppong Nkrumah, in his opening remarks during the engagement, said the programme was intended to have media personnel assist in educating the populace about the pandemic with a view to fighting it.

There were brief interventions by other resource persons who had earlier met with the leadership of the Ghana Independent Broadcasters Association (GIBA) and were scheduled to do with the Private Newspapers Proprietors Association of Ghana (PRINPAG).