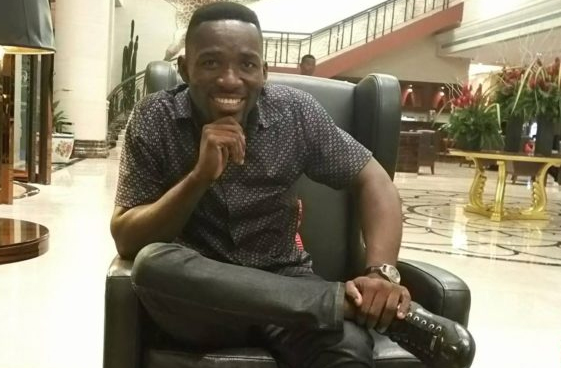 There is a new twist to the cybercrime case in which two staffers of Modern Ghana – an online portal – were arrested by National Security operatives last week, sparking heated debate.

The Criminal Investigations Department (CID) has reportedly identified and invited a third suspect to assist the law enforcement agency in the ongoing investigation.

The third suspect (name withheld for investigation reasons) is a staff member of a popular radio station in Accra.

Emmanuel Ajarfor Abugri and Emmanuel Britwum were arrested in Accra after National Security operatives closed in on them for allegedly engaging in inappropriate cybercrime activities.

Their arrests and the accompanying debate which has taken on a political garb have engaged the public space in the past few days especially after Emmanuel Ajarofor’s claim of torture at the hands of their captors.

Emmanuel Ajarfor has been referred to hospital for medical examination to authenticate his claim that he was subjected to an assortment of torture including elbowing and electric shocks.

However, a statement from the National Security Council Secretariat rubbished the claim of the suspect and stated that the suspect upon being handed over to the Criminal Investigations Department (CID) was quickly referred for medical examination.

“We are confident that the results of the medical examination will present the truth in the matter, so as to inform the appropriate steps to be taken,” the statement assured Ghanaians.

In a statement dated July 1, the National Security Council Secretariat stated emphatically that the two were arrested for cybercrime activities and took a strong view of the torture claims of Ajarfor.

“The secretariat takes a very serious view of these claims, and wishes to state, in no uncertain terms, that these allegations are false,” the statement said.

The secretariat explained that the suspects’ claims are “a clear and deliberate attempt by the suspect to discredit the investigations and the case against them. Torture and manhandling of suspects are not part and parcel of the culture and architecture of the secretariat under the administration of President Akufo-Addo.”

“The suspect, during questioning, was never manhandled, neither was he subjected to any form of forced physical contact,” the statement added.

The opposition National Democratic Congress (NDC) in the ensuing debate has mounted a campaign against the National Security Minister, Albert Kan-Dapaah, demanding that he resigns from his position over the unverified torture allegation.

The National Communications Officer of the party, Sammy Gyamfi, author of previous propaganda-laced statements, pointed out that the minister should resign from his position because one of the suspects claimed he was tortured while in the detention of the BNI.

Interestingly, Emmanuel Ajarfor’s claim that their interrogators did not pose questions about cybercrime is contrary to the statement from the National Secretariat which differs from the suspect disclosure as it pointed out that they were arrested because of cybercrime.

It is amazing why the NDC in the statement would link the murder of Ahmed Suale who was one of Anas Aremeyaw Anas’ private investigators to the ruling party as Sammy Gyamfi did in the statement.

“The NDC hereby calls on Albert Kan Dapaah to immediately resign as National Security Minister or be suspended by the President, to allow for a full-scale investigation into allegations of torture of the journalists. We submit that all those found culpable must be dealt with in accordance with law,” the NDC statement stressed.