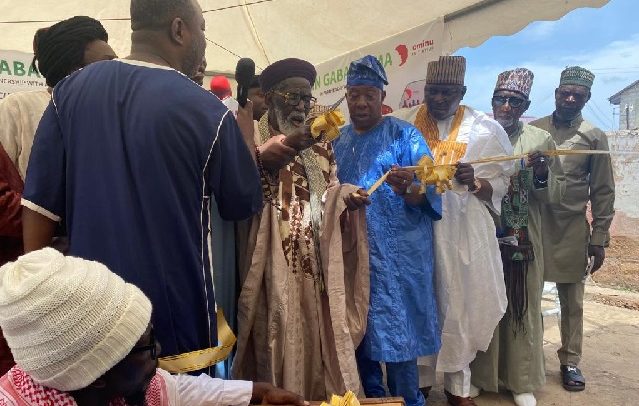 A social transformation initiative, Cingaban Nima and the Aminu Initiative was yesterday launched in the sprawling Zongo community, with the mission to socially transform lives among residents.

It was a rare opportunity for the initiators of the programme to talk about the importance of bringing development in its varied forms to the largely underprivileged community, which has over the years suffered the negative effects of stereotyping.

Speaking during the launching of the project, Dr. Faisal Garba, one of the brains behind the project, told the large gathering of both educated and others who graced the function that their mission is to operate a community-owned resource centre where education would be enhanced among members of Nima.

Research they had undertaken, according to him, has showed that members of the community are longing for support in the areas of education. “The resource centre would offer a place where children would be supported to overcome their academic challenges. The place of mental health has also popped up in the research to determine what the community needs. In this regard, the NGO would explore the means of addressing this challenge,” he disclosed.

Dr. Garba, an academic from Nima now domiciled in Germany with a foot in South Africa who is definitely a role model in his community, talked about another area of concern to them, girl-child education.

There was a large expatriate presence at the function, personalities who without doubt were part of the social transformation initiative.

A man who made an intervention, a certain Jimala who described himself as a former diasporan, said some of them had thought about establishing such a development-oriented platform to transform the Zongo community, but were unable to do so. He, therefore, expressed excitement that another group of Zongo indigenes had actualised a dream some of them had earlier.

The Aminu Initiative, one part of the programme, has an orphanage in Tuba and a Children’s Home in Nima, it was disclosed at the function, having been existence since 2006. Now in partnership and wearing a new garb, Cingaban Nima with diversified terms of reference has set up an operating base in Nima.

Cingaban Nima is a community-based NGO whose mission “is to contribute in reducing the educational deficit in Nima and other underprivileged parts of the country by creating avenues for the acquisition of skills, world outlook and temperament that are conducive to a transformed and liberated life.”