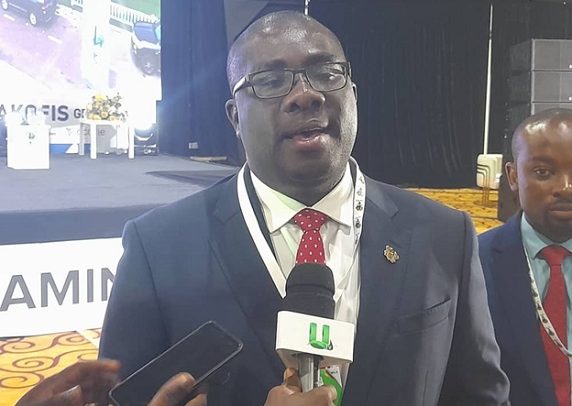 The National Lottery Authority (NLA) has hinted of generating over GH¢30 million as royalties from Ivory Coast and Nigeria in both licenses and revenue for participating in the its raffle draws.

The Director General of the NLA, Sammy Awuku, disclosed this during the African Lottery Association Conference held in Accra yesterday.

He said “Now we have signed an agreement with Nigeria and Ivory Coast where we want our 590 games to be played. Beginning January, they will start paying the royalties to us. We expect that though it’s the first year, we are expecting GH¢12 million as royalties for the licensing in 2023. We are also expecting Ivory Coast to give us GH¢10 million. Comparatively, give or take, we are looking forward to raising about GH¢30 million as revenue from both Ivory Coast and Nigeria for the licensing as well as revenue in 2023.”

He said his outfit had also made effort to make similar arrangement with countries such as Niger and DR Congo as NLA explored new technologies and exported its technology.

He further stated that amongst some of the key policies that had attracted major players in the gaming industry to Ghana was NLA’s good corporate social responsibility drive to reach out to the vulnerable in society through its Good Causes foundation, renewed and new adverts by the NLA that cautioned participants on responsible gaming,

The Attorney General and the Minister for Justice, Godfred Yeboah Dame,  in his remarks,  said  he believed the conference would provide the platform  for  discussions on  fundamentals responsible gaming  as well as the development, evaluation and sustenance  of responsible  gaming  programmes for relevant stakeholders

Rebecca Paul, President of the World Lottery Association, said the conference would afford participants the opportunity to share new technologies from their respective countries while exploring other emerging opportunities other players in the industry.

Impressed with the strides made by the NLA after 60 years of operation especially, towards supporting the less privileged in society in the areas of education, health and sports, among others, she called on other players in the industry to emulate Ghana’s example.

President of the African Lottery Association, Dramane Coulibali, on his part, urged countries across the globe to engage in responsible gaming instead of abusing the game.

The 2-day conference brought together over 18 countries across the globe, players in the industry from Ghana and other parts of the continents.