No Water For Fans… At World Cup Trial 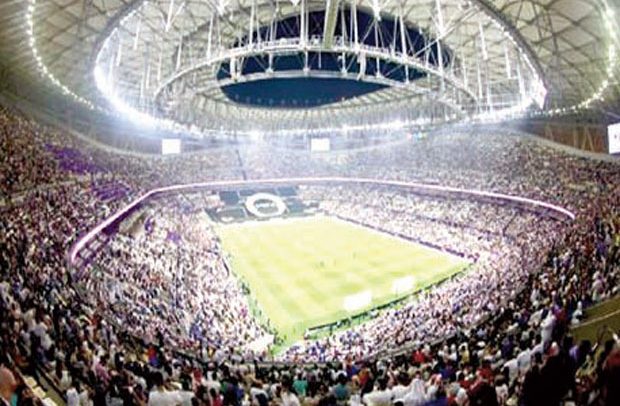 A trial event for the 2022 World Cup final venue in Qatar on Friday was beset by logistical problems, with long lines and a lack of water for the nearly 78,000 people in attendance.

Friday’s match, called the Lusail Super Cup, was the first time the new Lusail Stadium has hosted such a crowd. At 80,000 seats, it is the largest of Qatar’s eight World Cup stadiums and a gold-clad showpiece designed to host the final match on December 18.

Stadium stands were out of water by half-time and there was none outside, where the late summer temperature was 34 Celsius (93 Fahrenheit) but felt far hotter because of the humidity.

For hours, people had been filing out of the stadium after a near-capacity match tested the small Gulf state’s readiness for the tournament, which kicks off on November 20.

“Let us through! We have children,” cried one man carrying a sweaty toddler. “We need water. Is there water?” a woman shouted from behind the line.

Qatar is the first Middle Eastern country and smallest nation ever to host the World Cup. While it has spent billions of dollars on infrastructure, it has never organised an event on such a scale — which unusually for a World Cup will also be held in or around a single city.

There will be four matches around Doha every day for the first 12 days of the tournament. World soccer governing body FIFA says 2.45 million tickets out of a possible 3 million are already sold, and an unprecedented 1.2 million people, equivalent to nearly half Qatar’s population, are expected to visit.

Organisers said exactly 77,575 people passed through the turnstiles on Friday, the largest crowd ever in Qatar. Families brought young children to the stadium, arriving ahead of a performance by Egyptian singer Amr Diab. Hundreds of Saudi fans wore the blue jersey of Al Hilal, the Saudi team which beat Egypt’s Zamalek on penalties after a 1-1 draw.