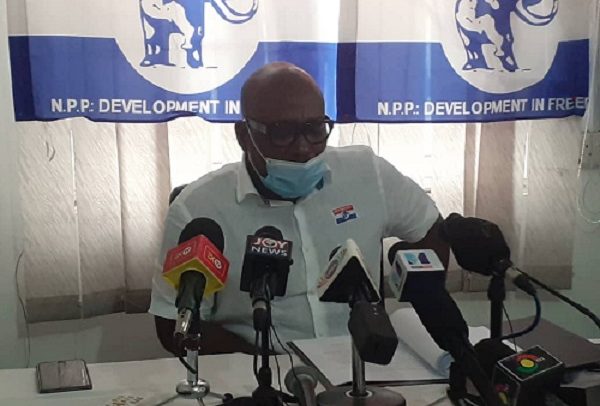 The two political parties will be holding press conferences in the region to address issues relating to recent developments in the region.

The Volta Region has in recent times been trending on many news and social media platforms following the increased security presence along the borders of the country, including Volta Region which lies on Ghana’s eastern boundary with neighbouring Togo.

The opposition NDC party at a press conference in Ho last week made a lopsided assessment of the NPP government and incited residents of the region against alleged destabilisation attempts by the government.

The Volta NDC Regional Communications Officer, Kafui Agbleze scored the NPP government 17 per cent as far as fulfilling their promises to the Volta region was concerned. While the Regional Chairman, Henry Ametefe made various wild allegations and divisive comments against the ruling NPP government.

He also made some tribal comments and incited residents against other tribes of the country, particularly the Akyems.

The Volta Regional Minister, Dr Archibald Letsa in reacting to the issues pleaded forgiveness for the Volta NDC Chairman, Henry Ametefe over his tribal, inciteful and divisive comments.

He assured all that there was peace in the region and that war drums beaten by his friend from the other side was unfortunate and needless.

Meanwhile, K.T. Hammond the MP for Adansi Asokwa in the Ashanti region made some comments about Togolese interfering in the elections of Ghana. He said the close relationship between Voltarians living along the Ghana-Togo border and citizens of Togo made it easy for some non-Ghanaians to participate in Ghana’s elections. Hence, the deployment of additional security along Ghana’s borders.

These comments have received a lot of backlash from residents of the Volta Region who have through various platforms expressed their displeasure.

It is therefore not surprising that the NDC in its fifth edition of weekly press briefing will be addressing the nation from Aflao in Ketu South of the Volta Region. The press briefing which is being organised by the NDC Communications Bureau will be on the Topic; The 2020 Voter Registration exercise. It expected to have all 15 NDC MPs from the region present.