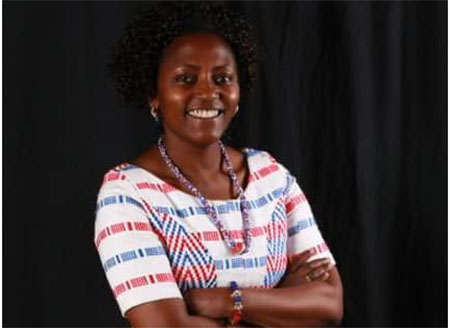 The New Patriotic Party (NPP) Branch in the United States of America, has adopted notable polling stations in Ghana in a bid to further deepen the party’s chances of victory in the December 7 general elections.

The move for polling station adoption in parts of the country by the NPP-USA Branch, is to prevent complacency and to remain vigilant while collaborating with key party youth groups towards victory in the elections.

The USA Branch Chairperson, Obaa Yaa Amponsah Frimpong said adoption of polling stations in election periods is something the branch has been doing in the past.

She said the Branch did same during the 2016 general elections and that was one of the panaceas to the NPP’s victory.

“Currently we have more than 20 constituencies which the Branch and its Chapters have adopted nationwide and the aim is to win  constituencies that we have never won, increase votes in marginally won constituencies and garner 80 to 95 percent in our strongholds both for the President and the various MPs” she said.

She mentioned the Planting for Food and Jobs (PFJ), NABCO and the Free Senior High School as some of the policies why the NPP will retain power after December 7 to continue a second term.

A member of the Massachusetts Chapter of the NPP in the USA, Mr Nafis Quaye, explained that the NPP is leaving no stone unturned in its quest to retain power to continue serving Ghanaians with good policies and development.

“This initiative of adopting polling stations is a collective responsibility towards the upcoming victory in December. And we are doing this as volunteers and party members to assist to retain power” Nafis Quaye said.

Chairman of the NPP-Massachusetts Chapter, Mr Daniel Boakye Mensah, expressed optimism that the NPP has done a lot to be given the opportunity to lead Ghana for another four years.

“We know that elections are won at the polling station and the ability to successfully maintain a polling station depends on a good strategic organization. The larger NPP-USA branch has adopted notable constituencies across the country to assist particularly with the campaign towards victory 2020 and we appreciate the foresight of our USA Branch Chairperson, Obaa Yaa Amponsah Frimpong for her leadership” he said.

Chairman Boakye Mensah said the Massachusetts Chapter in particular is adopting polling stations that require more help than others in terms of the anticipated numbers on December 7.

“The Massachusetts Chapter has done a lot and has been key in the campaigns at Awutu Senya East Constituency” he noted.